Kingsbury-Fournier scores in loss to Islanders 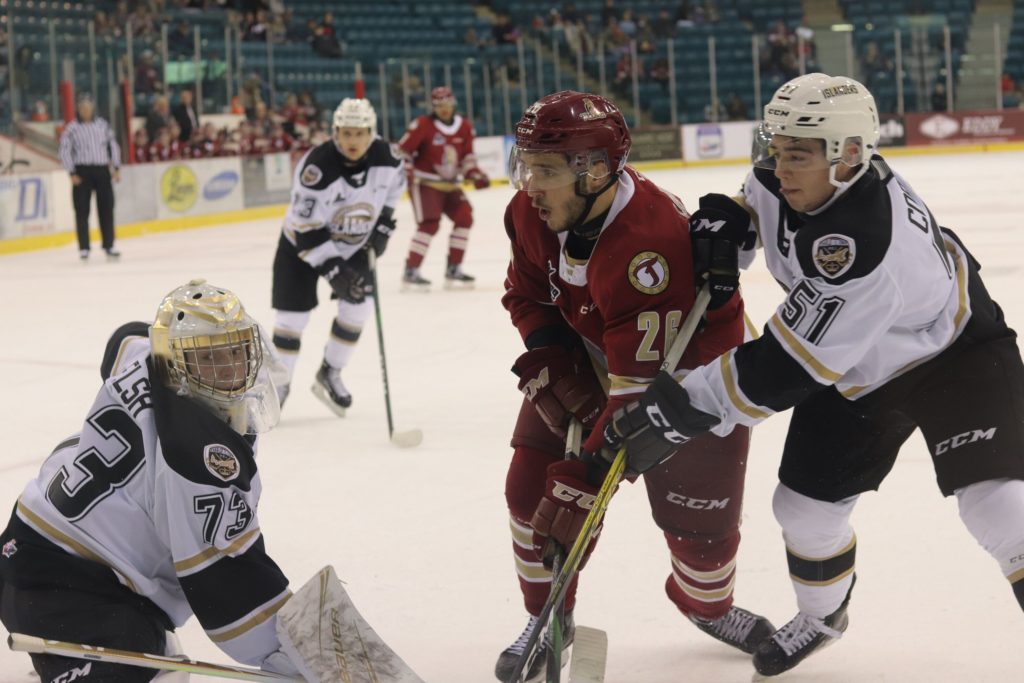 BATHURST – A tough three-in-three came to a conclusion for the Acadie-Bathurst Titan on Sunday afternoon with the Charlottetown Islanders making their first visit to the K.C. Irving Regional Centre. Still in search of a victory this season, the Titan were in tough against a hot Islanders squad.

Swiss forward Gaeten Jobin broke the ice 5:11 into the game with his third of the season giving Charlottetown the edge 1-0. The Titan responded late in the opening period when Nicolas Kingsbury-Fournier jumped on a rebound and tapped the puck past Matthew Welsh for his first of the season. The assists went to Yan Aucoin and Shawn Element. At the end of the first 20 minutes, the score was tied 1-1 with the shots favouring the Islanders by a slim margin 9-8.

After a scoreless second period Jobin was back to work in the third. The rookie dangled his way through multiple defenders and surprised Felix-Anthony Ethier with a shot from the outside to make it 2-1 Charlottetown. Lukas Cormier got the insurance marker at 15:02 banking a shot off Ethier’s head and in as the Islanders skated away with a 3-1 victory.