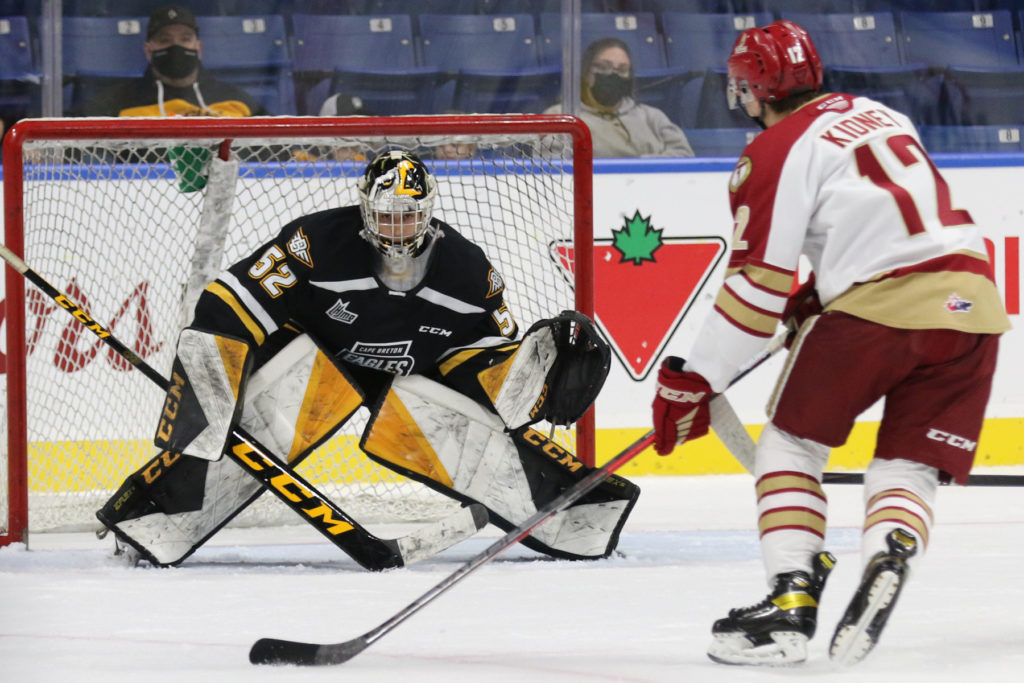 SYDNEY, N.S. – The Titan had a lot to be thankful for this holiday weekend and are returning home with a few more wins to their name.
Acadie-Bathurst is now 5-0-0-0 for 10 points and second overall in the Quebec Major Junior Hockey League standings, following a 2-1 overtime win against Cape Breton Monday in Sydney, Nova Scotia.

It was the team’s third win this weekend (with a pair of wins against Saint John Friday and Saturday) and fifth straight win since the puck dropped on the 2021-22 regular season.

After scoreless first period Monday afternoon, Cape Breton’s Nicholas Girouard put the first points on the board at 8:35 in the second period to take the 1-0 lead. The home team held the lead until midway through the final frame, when Jacob Melanson tied the game 1-1 at 14:16.

Riley Kidney would go on to score the game winning and overtime goal on the power play at 4:38 into overtime to win the game 2-1.
Acadie-Bathurst outshot Cape Breton 42-27. The win marked an important milestone for head coach Mario Durocher as he passed Réal Paiement for third on the QMJHL’s career wins list with 542.

The Titan are back in the Chaleur region this weekend when they take on the Moncton Wildcats and Charlottetown Islanders at the K.C. Irving Regional Centre. The team will host the Wildcats at 4 p.m. on October 16th before puck drops the following day against the Islanders at 3 p.m.