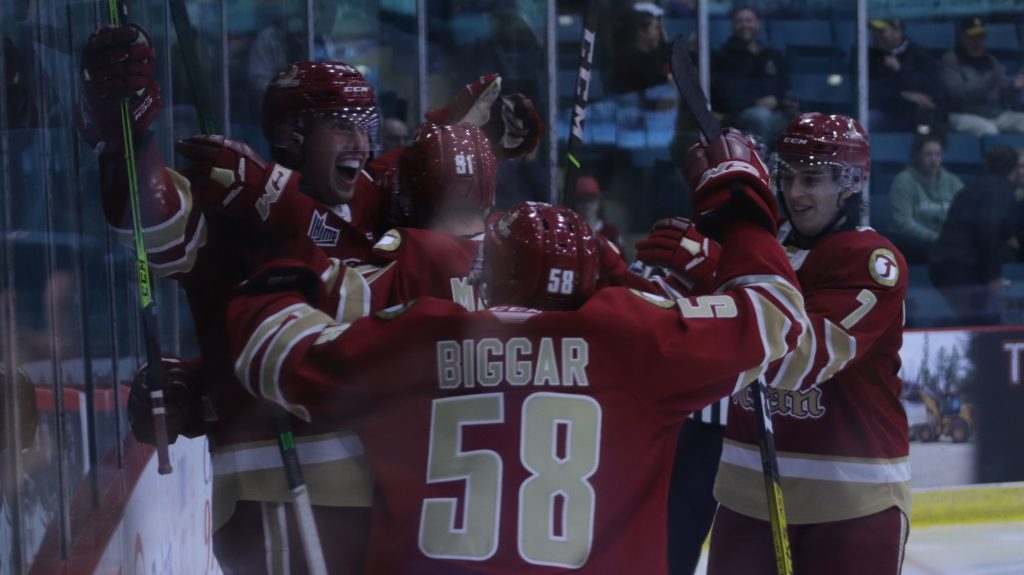 BATHURST – The Acadie-Bathurst Titan started the 2020-2021 regular season off on the right foot as they defeated the Saint John Sea Dogs 4-3 in overtime.

Joshua Roy opened the scoring for the Sea Dogs just under nine minutes jumping on a loose puck in the slot and beating Chad Arsenault. Both teams had their chance in the second half of the first period but the score remained 1-0 after 20 minutes. Early in the second period Saint John extended their lead to three after goals from Kale McCallum and Alex Drover just 36 seconds apart.

In the third period the Titan continued to generate chances and finally got one past Creed Jones. After a Zach Biggar point shot was stopped by the Saint John netminder, the puck got was loose in the crease and Mathieu Desgagnes was able to jam it into the net for his first of the campaign. Cole Huckins cut the Titan deficit to one at 9:35 as he collected the rebound of a Felix-Antoine Marcotty shot and put it past Jones. A minute later Desgagnes added his second of the night to even the game at three goals apiece.

After a scoreless final ten minutes overtime was needed to find a winner in this one. With 15 seconds to play in the extra frame Riley Kidney dangled the Sea Dogs defender before firing home the game-winner. Between the pipes Chad Arsenault earned his first career win with a 33-save performance after being acquired from the Charlottetown Islanders earlier in the day.

The Titan next hit the ice Sunday afternoon as they visit the Moncton Wildcats at the Avenir Centre.