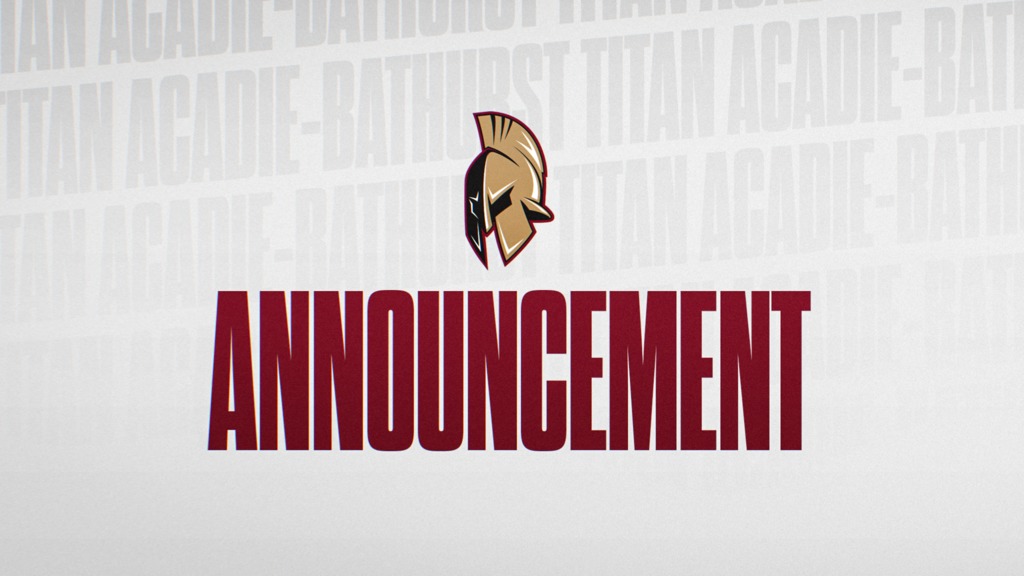 BATHURST, N.B. – The Acadie-Bathurst Titan is proud to announce that Head Coach & General Manager Jason Clarke has accepted an Assistant Coach position in the American Hockey League. More information will be released in the coming days regarding the team Mr. Clarke will be joining for this new adventure.

The Quebec Major Junior Hockey League and the Acadie-Bathurst Titan are developing talented players, but also high-quality coaching staff. It is an honor for us to be able to say that Mr. Clarke is making the jump to the pros following his journey with the Titan. Congratulations Jason!

A new head coach and general manager for your Titan will be announced shortly.