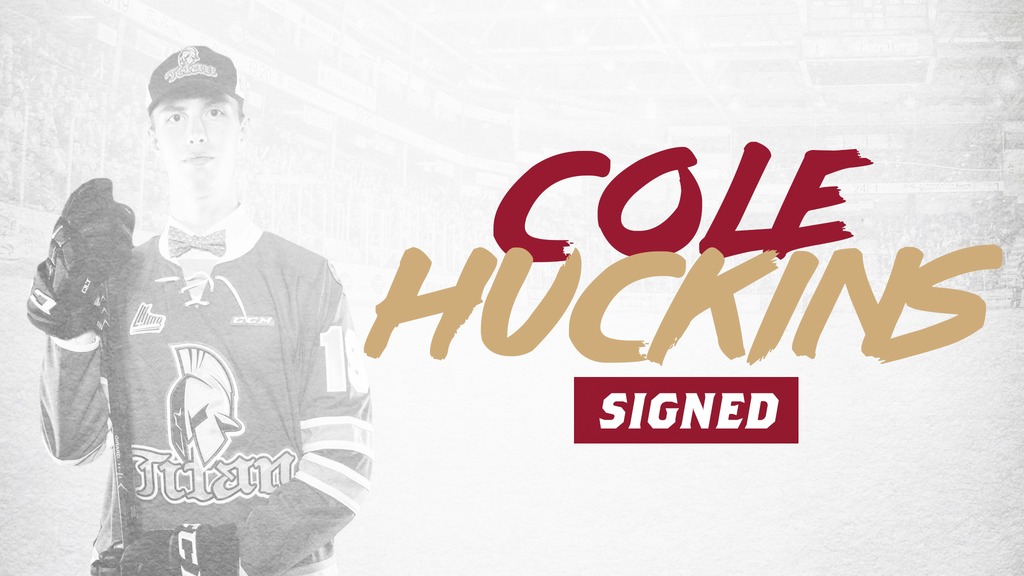 BATHURST – The Acadie-Bathurst Titan are pleased to announce the signing of the teams second first round pick from the 2019 QMJHL Draft to a standard player agreement.

Cole Huckins, a Fredericton, New Brunswick native, was selected 16th overall by the Titan after a strong sophomore season with Stanstead College in the Midwest Prep Hockey League. The six-foot-three, 181-pound centre had 27 points in 18 games before adding nine more in five playoff games.

“It is a great day for our organization to have Cole officially signed,” said General Manager Sylvain Couturier. “Anytime you can add a player like Cole to your team, it’s a big deal. We believe he’s going to be a big part of our team for years to come.”

At the 2019 Canada Winter Games as a member of Team New Brunswick, Huckins totalled eight points in seven games. Huckins represented New Brunswick once more at the QMJHL’s Gatorade Excellence Challenge in April where he had four points in five games. A dual-citizen, Cole participated in USA Hockey’s Select 15 Development Camp in 2018 and finished with two points in four contests.