Huckins nets a pair in overtime loss to Wildcats 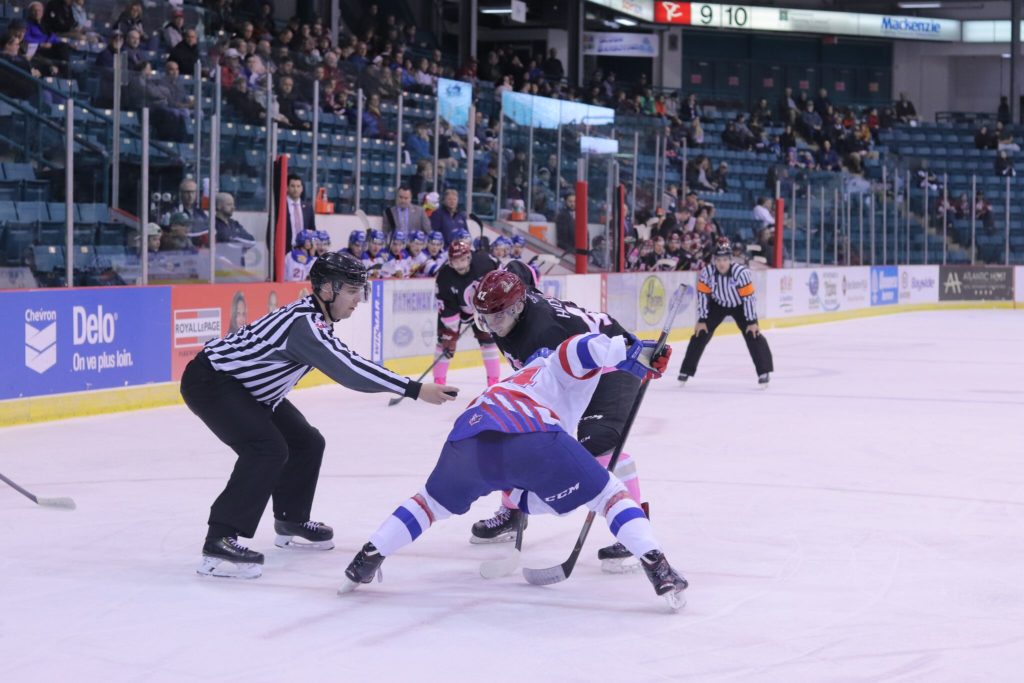 BATHURST – It was a wild night at the K.C. Irving Regional Centre as the Acadie-Bathurst Titan and the Moncton Wildcats kicked off the Rivalry Weekend home-and-home series. 11 goals were scored when all was said and done including five from the Titan as the once again fell in overtime.

The Titan got off to a good start and Liam Leonard quickly gave them a 1-0 lead just 2:14 into the game. Nicolas Kingsbury-Fournier and Mathieu Desgagnes got the assists on Leonard’s second of the season. A little under two minutes later Alexander Khovanov responded for the Wildcats to tie the game. Midway through the period Christian Huntley put the Wildcats in front 2-1 with his fourth of the campaign. Moncton would take that lead into the first intermission while outshooting Bathurst 15-10.

In the second period Cole Huckins scored two beautiful goals to tie the game and then put the Titan back in the lead 3-2. The first was a powerplay goal assisted by Logan Chisholm and Noah Delemont at 7:43. Six minutes after that the rookie struck again with helpers going to Chisholm and Evan Mackinnon at 13:25. A late powerplay goal from Jacob Hudson left us even 3-3 through 40 minutes of play.  Two minutes into the final frame Jeremy Diotte was sent in on a breakaway by Riley Kidney and the overage defenceman made mistake potting his second of the year to restore the lead for the home team 4-3. An odd bounce went the Wildcats way at 5:53 and Zachary L’Heureux slipped the puck past Tristan Berube. His seventh brought the game back to even 4-4.

After several close calls the last couple games, Anderson MacDonald finally got the monkey off his back beating Olivier Rodrigue with a pretty backhand deke to once again give the Titan the lead 5-4. Shawn Element had the lone helper. Elliot Desnoyers tied the game once more with exactly two minutes remaining and the Titan found themselves in an overtime period for the fourth game in a row. Just like the other three, this one didn’t end the way they wanted as Jeremy McKenna scored to help the Wildcats squeak past the Titan 6-5. Tristan Berube made 44 saves despite the loss.