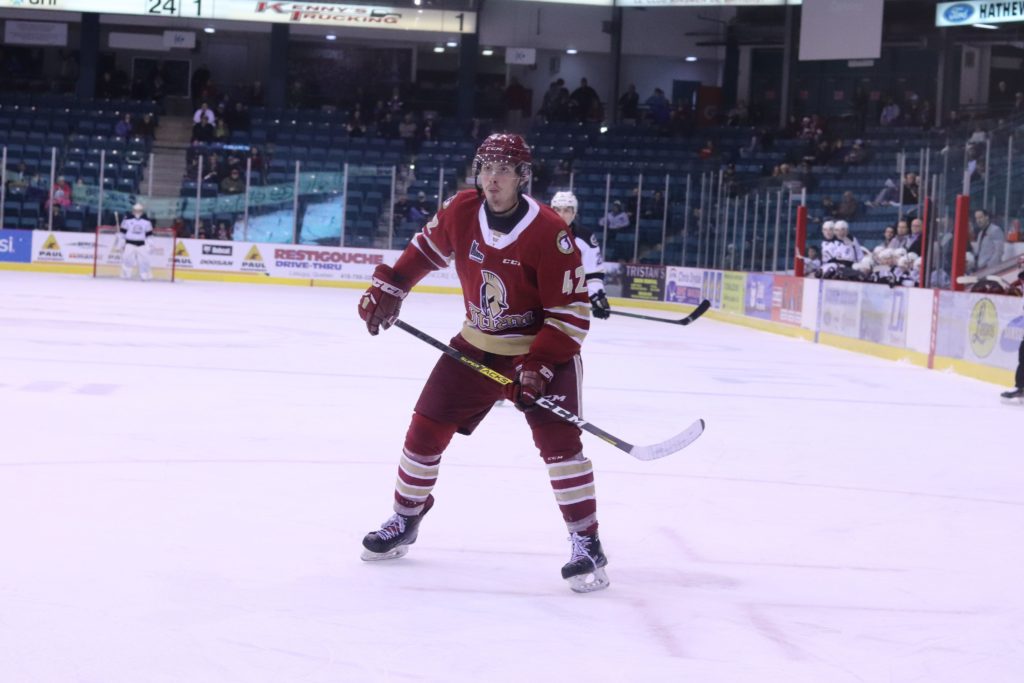 BATHURST – It was a slow start for the Acadie-Bathurst Titan on Saturday night but Mario Durocher’s group was able to get it going and pull of the comeback over the Charlottetown Islanders.

After back and forth play through most of the opening period of play, the Islanders took advantage of a turnover to open the scoring shorthanded. Defenceman Yan Aucoin misplayed the puck giving Brett Budgell a breakaway and he made no mistake giving Charlottetown a 1-0 lead at 16:11. The Islanders outshot Bathurst 13-8 in the frame and held the one-goal edge going into the second.

Midway through the middle period Logan Chisholm jumped on a rebound at the side of the night and fired it past Jacob Goobie to even the game at one goal apiece. The Antigonish, Nova Scotia natives fifth of the season was assisted by Yan Aucoin and Mathieu Desgagnes. With just over two minutes remaining Keiran Gallant tallied an unassisted marker to give the Islanders their second lead of the night after 40 minutes of play.

As time started to tick away and we reached the final five minutes of regulation Titan captain Shawn Element came up big. The 19-year-old scored his 12th of the campaign at 15:10 to bring the game back to even. Remy Anglehart and Cole Larkin notched the helpers. Both teams had their chances in the late stages of the third but both netminder stood tall to send it into the extra frame. In overtime Cole Huckins came streaking into the zone, beating the Islanders defender and finding the back of Jacob Goobie’s net to lift the Titan to their second straight win. Yan Aucoin and Tristan Berube picked up assists on the overtime winner.