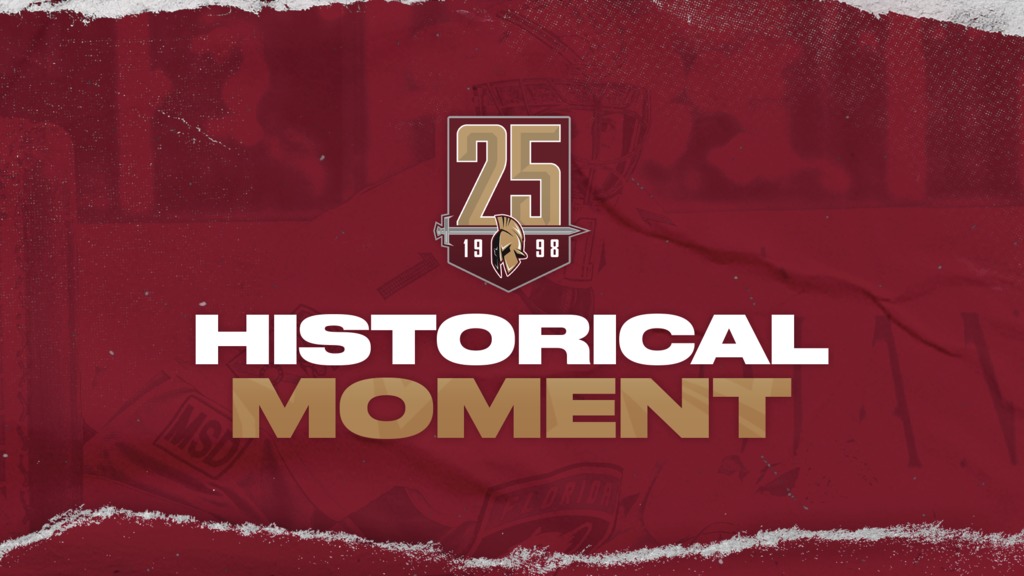 Okay fans, it’s time to get ready for a wonderful trip down memory lane!

We’re going to take you on a journey featuring exciting moments throughout our history and reflect on some of your favourite players who have suited-up for the Titan over the course of these amazing past 25 years. As we celebrate our 25th anniversary, we will look back at one Titan Historical Moment every week during the 2022-23 season.

Our first Historical Moment will highlight one of our most prestigious alumni. Roberto Luongo made his debut in Bathurst following the 1998 Christmas Trade period. Luongo hit the ice in 22 games for Acadie-Bathurst, posting a 14-7-1 record with a 3.31 goals-against-average and a .906 save percentage in his first season with the Titan. During the 1999 history-making playoff run, Luongo won 16 of 23 games, posted a goals-against-average of 2.74 and a .915 save percentage to backstop the Titan to their first President Cup championship. It was also the Acadie-Bathurst Titan’s inaugural season in the city.

Luongo’s career post-major junior can only be described as legendary. After he was drafted fourth overall by the New York Islanders in 1997, Luongo would go on to play 20 years in the National Hockey League. His many accolades include but are not limited to two Olympic gold medals, two gold medals at the world championships, a silver medal at the World Juniors and having been nominated for both the Vezina and Hart Memorial trophies throughout his career.

We are proud of the heart, dedication and legacy Luongo has made within our organization and the game of hockey. On August 19, 2012 we lifted his No. 1 jersey to the rafters at the K.C. Irving Regional Centre, forever immortalizing his name and number alongside the other Titan greats who have called our rink and community home.