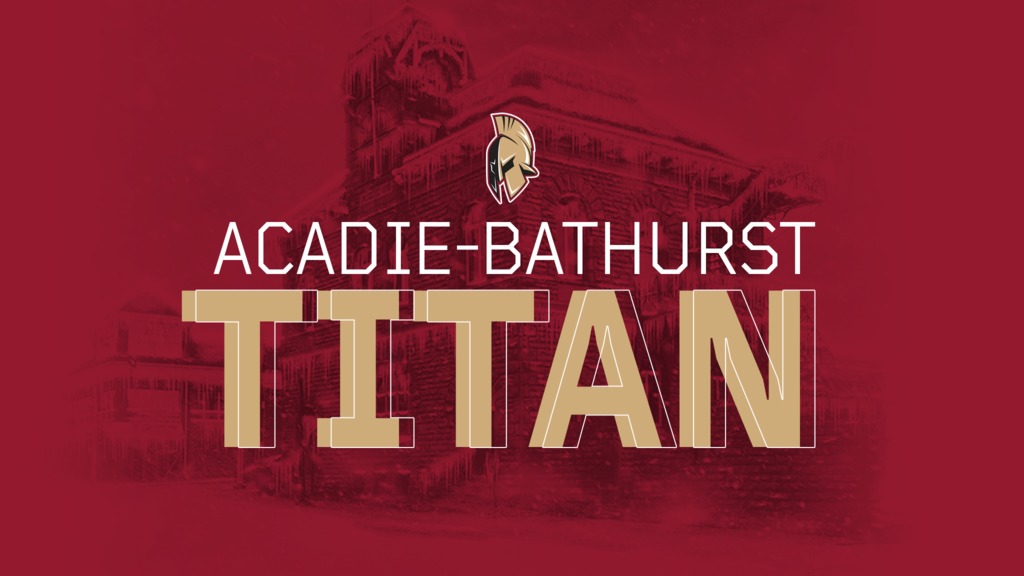 BATHURST – The Acadie-Bathurst Titan drafted 13 players during the 2020 QMJHL Draft. The two-day event, which was held online over this year, saw the Titan add eight forwards, three defenceman, and two goaltenders including first round pick Lane Hinkley.

“I’m ecstatic. It’s a dream come true,” said Hinkley on being drafted in the first round by the Titan. “I can’t wait to get going.”

Selected 16th overall, Hinkley is a six-foot-one, 198-pound defenceman from Moncton, New Brunswick. He had eight points and 18 penalty minutes in 27 games this season with the Toronto Marlboros of the GTHL. Hinkley is described as a big, strong defensive defenceman with a physical edge.

The next pick for Sylvain Couturier and his scouting staff came in the second round, 36th overall. They opted for Cole Harbour Wolfpack centerman Dylan Andrews. The Lawrencetown, Nova Scotia product 19 goals and 17 assists for 36 points in 35 games this season in the NSMMHL. In the third round, 53rd overall, Acadie-Bathurst added Cameron MacLean, a left winger from New Haven, PEI. MacLean had 15 points in 14 games with the Charlottetown Knights of the NB/PEI Major Midget Hockey League before moving to Stanstead College where he totaled seven points in 19 contests.

With their first of two fifth round selections, the Titan nabbed six-foot-six, 181-pound defenceman Carter Ansems from the Valley Wildcats. The other fifth round pick was Charlottetown Knights goaltender Jack Howatt, who went 86th overall.

The Titan held two picks in the sixth round and added another as they traded a 2021 fifth round pick to the Quebec Remparts for pick #99. With the pick they took defenceman Jake Tracey of the Notre Dame Hounds. 11 picks later the Titan made back-to-back picks at #110 and #111 to pick up two more players from the NSMMHL in Halifax Macs center Joseph Henneberry and Steele Subaru Major Midgets right wing Camren Pellerine.

Another Halifax Macs forward heard his name called by the Titan in the eighth round as Cael MacDonald was selected 146th overall. The Titan went back to the Nova Scotia Major Midget Hockey League one more time in the ninth round with the selection of Valley Wildcats center Aidan MacLeod with the 149th pick.

With no tenth round pick, the next pick came in round 11 when they took forward Kency Pierre-Noel of the College Esther-Blondin Phenix. The Titan added a couple of New Brunswick kids with their final two picks taking Saint John Vito’s left wing Matthew McRae and Bishop’s College goaltender Ryan Branch in the 12th and 13th round respectively.