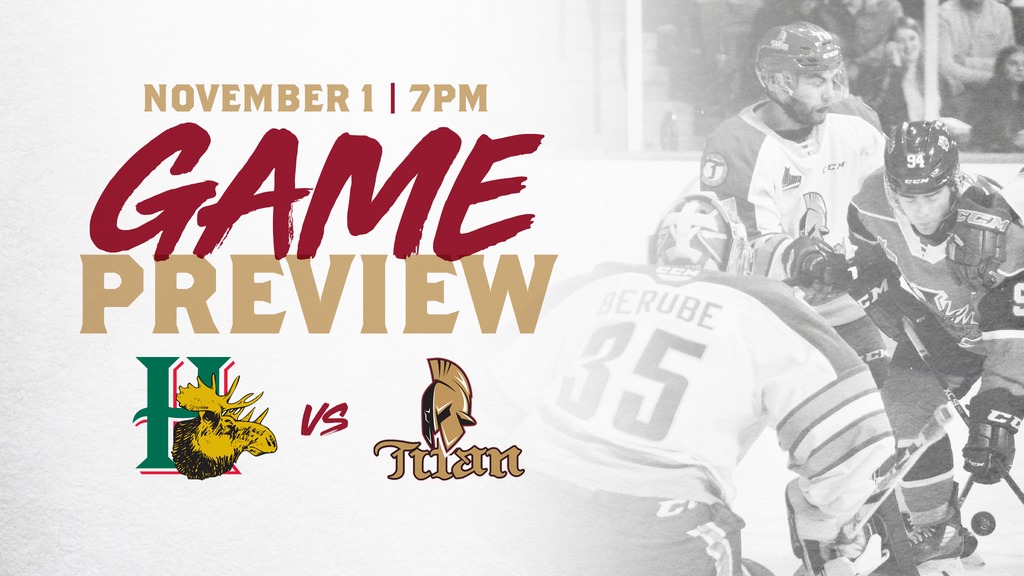 BATHURST – Here are five things you need to know ahead of Friday night’s game against the Halifax Mooseheads at the K.C. Irving Regional Centre.

1. Tonight the Titan and the Mooseheads face off for just the second time this season. Halifax took the previous contest 2-1 back on September 28 at the Scotiabank Centre in Halifax. The Mooseheads have won 10 in a row against Acadie-Bathurst dating back to last season when they went 9-0 against the team from the Chaleur region.

2. While both sides are in the bottom half of the standings, the Mooseheads have had considerably more success than the Titan. Halifax is 13th in the league at 7-8-1-0 while the Titan remain winless at 0-10-2-3 and sit in last place. Both teams are coming off losses their last time out as the Mooseheads were routed 7-1 by Cape Breton on Tuesday while Acadie-Bathurst fell to the Gatineau Olympiques 3-2 on Sunday.

3. The Titan will be without their leading rookie scorer tonight. Riley Kidney is currently with Team Canada White at the World Under-17 Hockey Challenge in Medicine Hat, Alberta. The tournament kicks off tomorrow, November 2nd, and runs until the 9th. The 16-year-old forward has nine points this season.

4. Despite rumors that have circulated throughout the week, no call ups will be made ahead of tonight’s game.