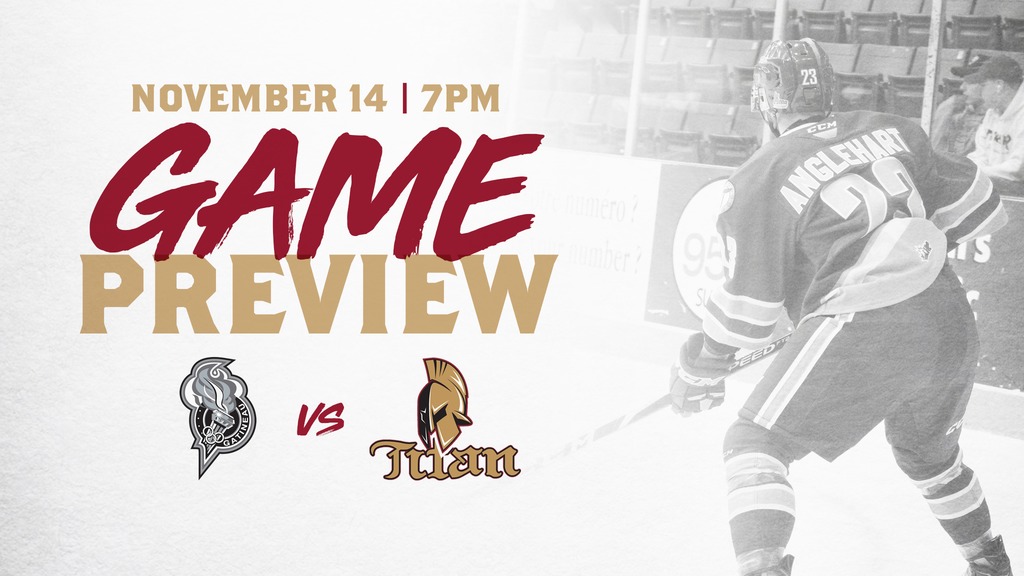 BATHURST – Here are five things you need to know ahead of Thursday night’s game against the Gatineau Olympiques at the K.C. Irving Regional Centre.

1. The season series between the Titan and the Olympiques comes to an end tonight. Bathurst will be looking to split the series after falling to Gatineau 3-2 in their first meeting back on October 27th at the Robert Guertin Centre. The Olympiques meanwhile will look for the series sweep.

2. Gatineau is on a hot streak of late. They are 6-3-0-1 in their last 10 and are currently riding a three-game winning streak including a pair of wins over the Rimouski Oceanic last weekend. The Titan on the other hand are 1-7-2-0 after snapping their 17-game losing skid last Friday night and picking up three of a possible six points over the weekend.

3. It looks like it will be a full lineup for the Titan when they hit the ice tonight. Rookie forward Riley Kidney makes his return after competing at the World Under-17 Hockey Challenge with Team Canada White. Kidney finished the tournament with five points in six games as Canada White finished fourth after an overtime loss to the Czech Republic in the bronze medal game. Gatineau forward Zach Dean also participated in the tournament and will play tonight for the Olympiques.

4. Titan alumni Claude Lapointe will be in attendance tonight. Lapointe, who’s number 10 hangs in the rafters of the K.C. Irving Regional Centre, played for the Laval Titan from 1987 to 1989.