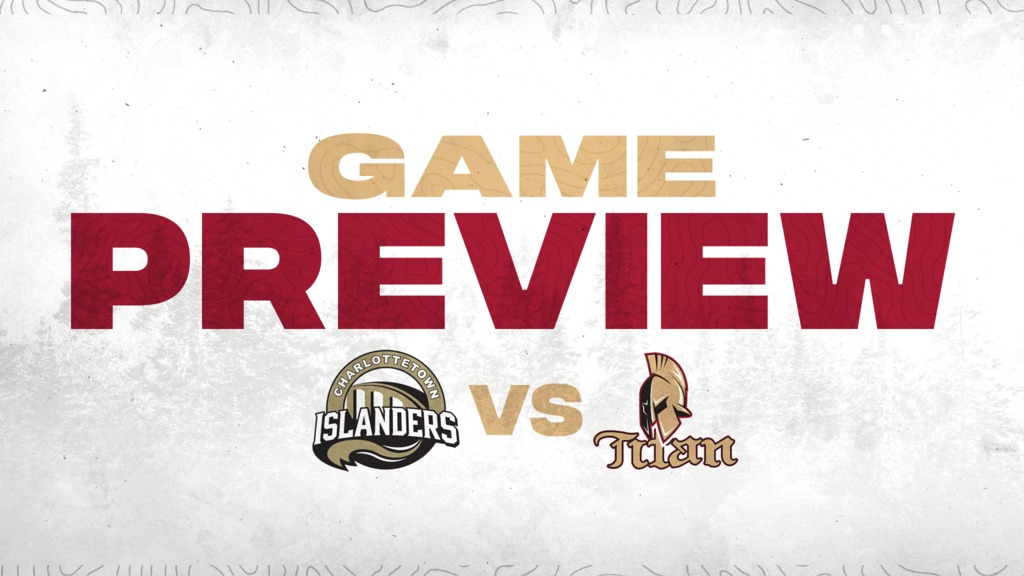 The Titan look to get back in the win column today against the Islanders after a 4-3 shootout loss last night to the Moncton Wildcats. It will be the first meeting of the season between the two teams.

Despite suffering their first loss of the season yesterday, the Titan remain in first place in the Maritimes Division and second overall in the QMJHL with a 5-0-0-1 record. They’re just one point behind the first place Blainville-Boisbriand Armada, who are 6-1-0-0.

Today’s match-up will feature a pair of Montreal Canadiens prospects. Titan forward Riley Kidney and Islanders defenceman William Trudeau were both selected by the Canadiens in the 2021 NHL Draft this summer.

While the Titan are missing three regulars due to injury, Charlottetown will also be without forward Xavier Simoneau for today’s game. The 20-year-old Montreal Canadiens prospect is week-to-week with an injury suffered last weekend.