Foreurs score early and often in 10-0 rout of Titan 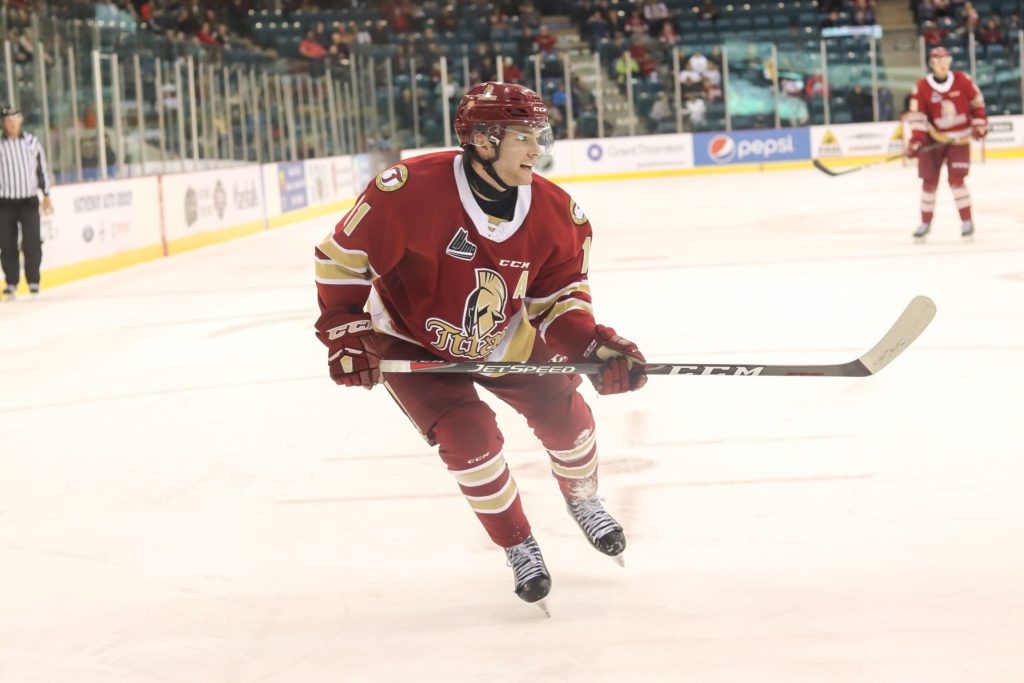 VAL-D’OR – It was a night to forget for the Acadie-Bathurst Titan as they suffered a 10-0 loss to the Val-d’Or Foreurs at the Air Creebec Centre last night.

Alexandre Couture opened the scoring eight minutes into the game followed by goals from Karl Boudrias, Justin Robidas, and Rudolfs Polcs to give the Foreurs a 4-0 lead after 20 minutes of play. They kept the offence going in the second with Alexander Mirzabalaev and Nicolas Ouellet extending the Foreurs advantage to 6-0.

Things went from bad to worse in the final 20 minutes for the Titan. Ouellet added two more to complete the hat trick while Emile Lauzon and Alexandre Doucet also found the back of the net in the final frame to make it 10-0 when all was said and done.