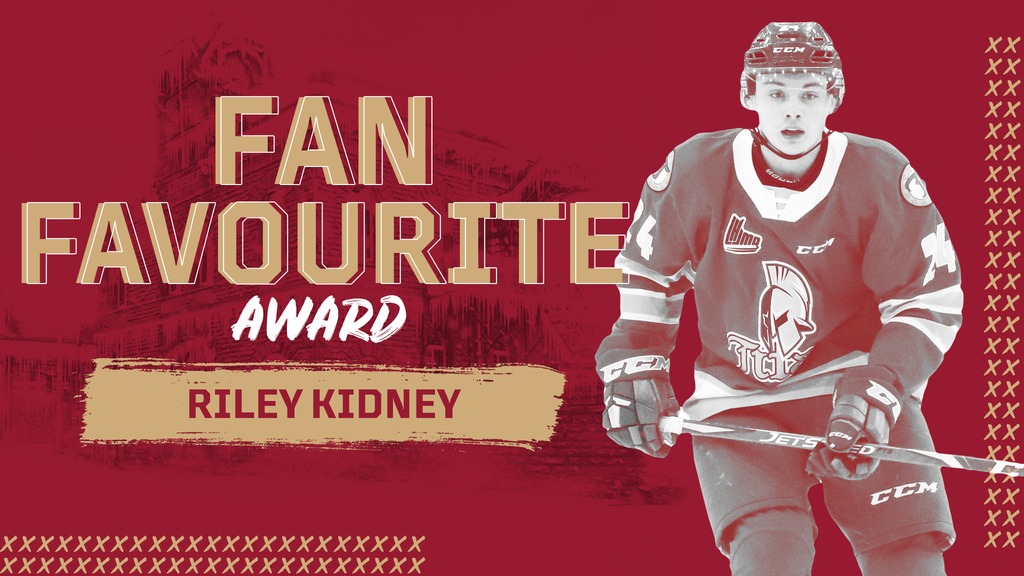 The 2019-2020 Fan Favourite Award, as voted by the fans, goes to forward Riley Kidney. Kidney received the most votes on the recent poll conducted on the Titan website.

After being selected 11th overall by the Titan at the 2019 QMJHL Draft, Kidney would crack the roster out of training camp and make an impact early in the season. The Enfield, Nova Scotia native had five points in four games during the month of September and scored his first career goal in his second game on September 21st.

Kidney finished the season with five goals and 28 assists for 33 points in 59 games. His 28 assists put him in a tie for seventh in the Quebec Major Junior Hockey League among rookies. In November, Kidney also participated in the World Under-17 Hockey Challenge with Team Canada White registering five points in six games.