Ethier’s 51 saves not enough as Titan fall to Wildcats 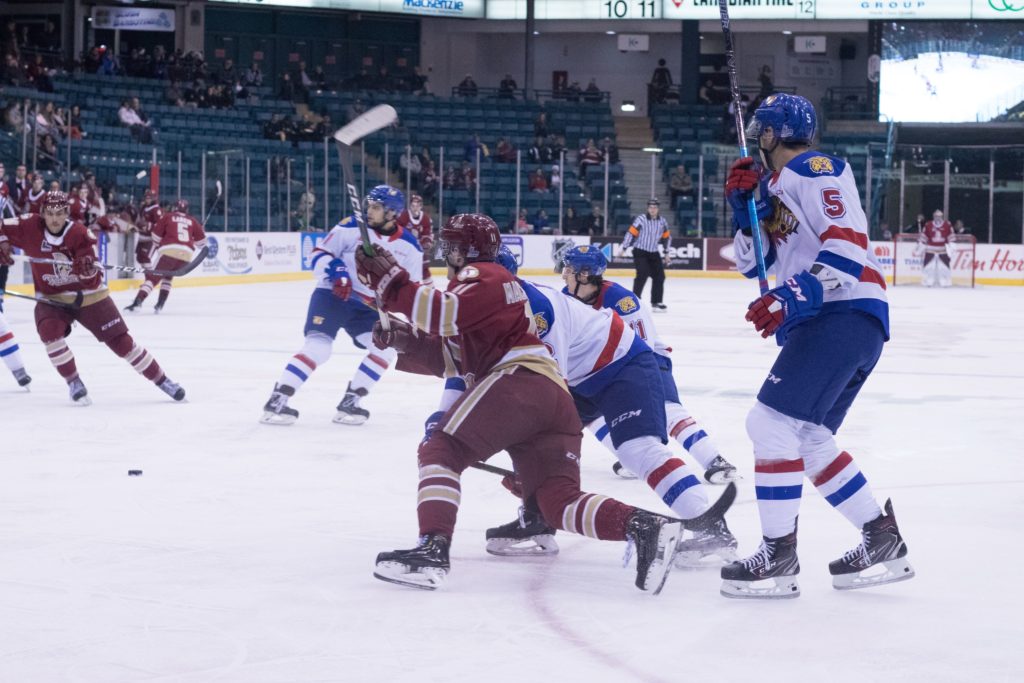 MONCTON – 51 saves from Felix-Anthony Ethier weren’t enough as the Acadie-Bathurst Titan dropped a 6-3 decision to the Moncton Wildcats to finish off a busy weekend.

Evan MacKinnon opened the scoring six minutes into the game as he blasted a one-timer past Olivier Rodrigue on a 2-on-1 rush. Mathieu Desgagnes picked up the lone helper. The score remained 1-0 after one. In the second period Moncton’s offence took over. Alexander Khovanov scored twice while Mika Cyr and Jeremy McKenna added singles to give the Wildcats a 4-2 lead at the end of the second. Bathurst’s lone goal in the frame came when Yan Aucoin scored on the powerplay with assists going to Anderson MacDonald and Desgagnes.

Aucoin added another on the man advantage 54 seconds into the third period cutting the Wildcats lead to just one goal. Desgagnes picked up his third assist of the night while Remy Anglehart got the other. That was as close as the Titan would get with Moncton scoring two more times to seal a 6-3 victory. McKenna and Christian Huntley had the Wildcats third period goals.