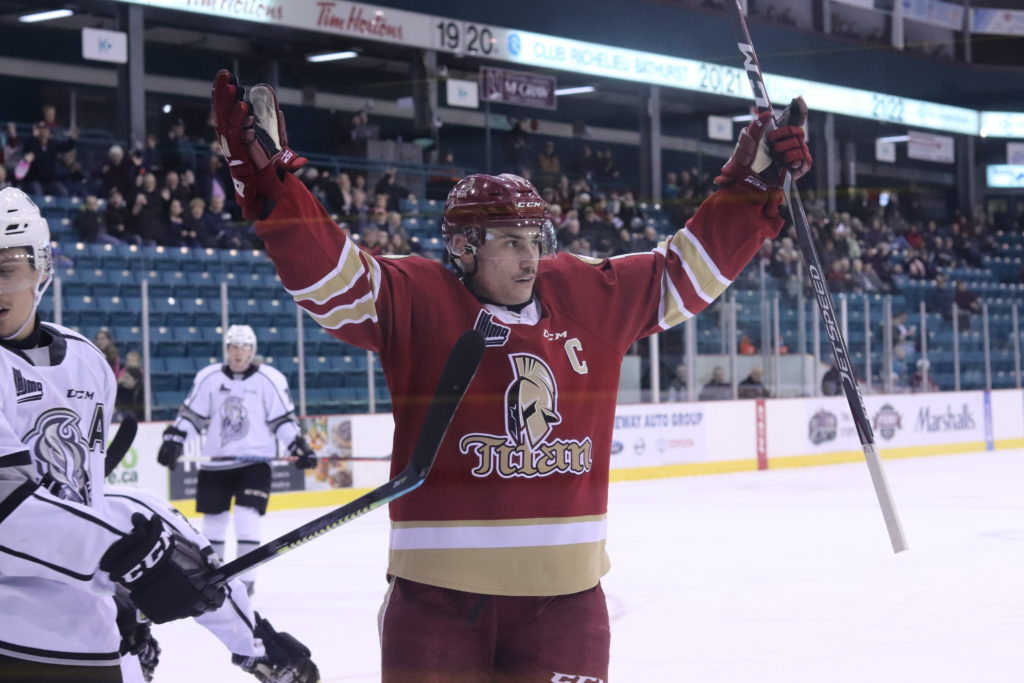 BATHURST – For the second home game in a row the Acadie-Bathurst Titan came out on top on Thursday night as the Gatineau Olympiques were in town. The game featured big nights for veterans Shawn Element and Mathieu Desgagnes while the Titan came out with a 6-2 victory.

Rookie forward Riley Kidney scored the first goal of the game at the 7:55 when he threw a shot on net from above the circle. It was his third of the season and first since returning from the World Under-17 Hockey Challenge. David Aebischer got the Olympiques back to even midway through the opening frame before Shawn Element restored the Titan lead at 15:13 with a powerplay marker. Yan Aucoin and Remy Anglehart got the helpers. 2-1 was the score after one period.

It didn’t take long for Gatineau to even things up in the second period. Carson MacKinnon found the back of the net 10 seconds in to tie it at two goals apiece. It was all Titan the rest of the way. Mathieu Desgagnes netted the eventual game-winner at 13:58 with assists to Kidney and Cole Larkin then Shawn Element got his 10th of the year at 17:04 to make it 4-2. Remy Anglehart had the lone assist as the Titan lead 4-2 after 40 minutes. Early in the third period Element struck again to extend the lead and complete the hat trick with Harijs Brants notching the assist. Desgagnes put a bow on it with his second of the night at 12:59 making it a  6-2 final score.