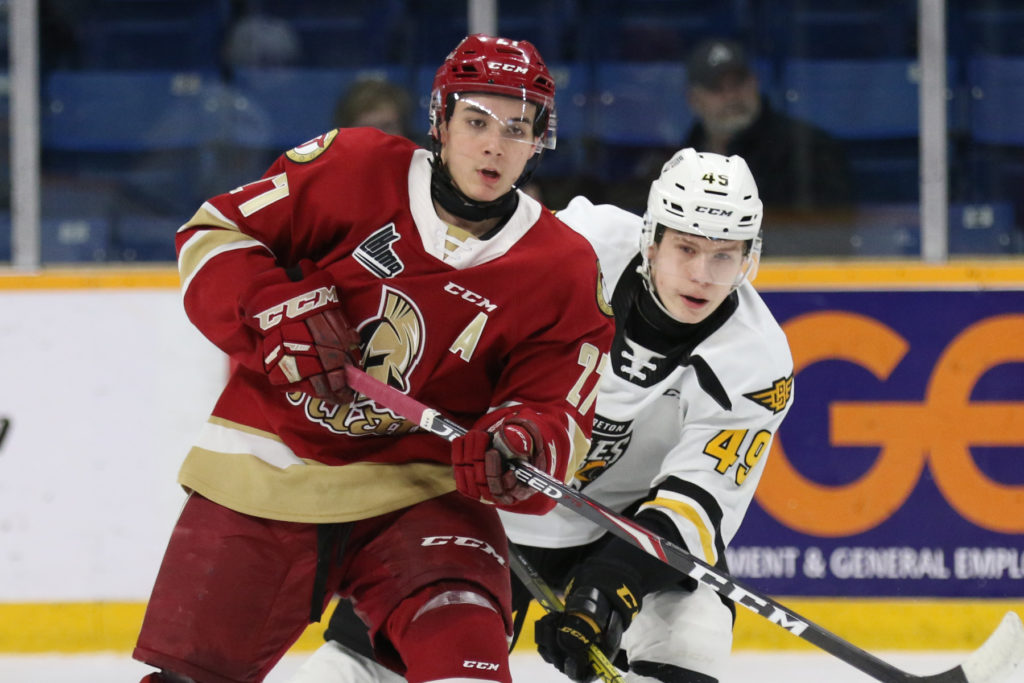 SYDNEY – The Acadie-Bathurst Titan wrapped up a three-game road trip Wednesday night as they went head-to-head with one of the top teams in the Maritimes Division, the Cape Breton Eagles, at Centre 200.

Following a lengthy Titan powerplay, Cape Breton opened the scoring at 10:04 on a shorthanded goal from Derek Gentile. The overage forward got a breakaway coming out of the box and beat Tristan Berube for his 18th of the season. With two minutes remaining in the period Mark Rumsey picked up a rebound and fired it home from the slot to even the game 1-1. His 10th of the season was assisted by Remy Anglehart and Olivier Coulombe at 18:01.

Midway through the second period Logan Chisholm gave the Titan a 2-1 lead with his 11th of the campaign. Mark Rumsey and Olivier Coulombe picked up the assists on the powerplay tally at 10:21. Four minutes later Mathieu Desgagnes stole the puck from William Grimard behind the Eagles net and put it home to double the lead 3-1. The shorthanded marker came at 14:32 and was unassisted.

It stayed 3-1 until the 16:05 mark of the third period when Shawn Boudrias scored to get the Eagles to within one. However, Desgagnes would hit the empty net from his own zone 19:35 to seal a 4-2 victory for the visitors. The 19-year-old was named second star of the game.