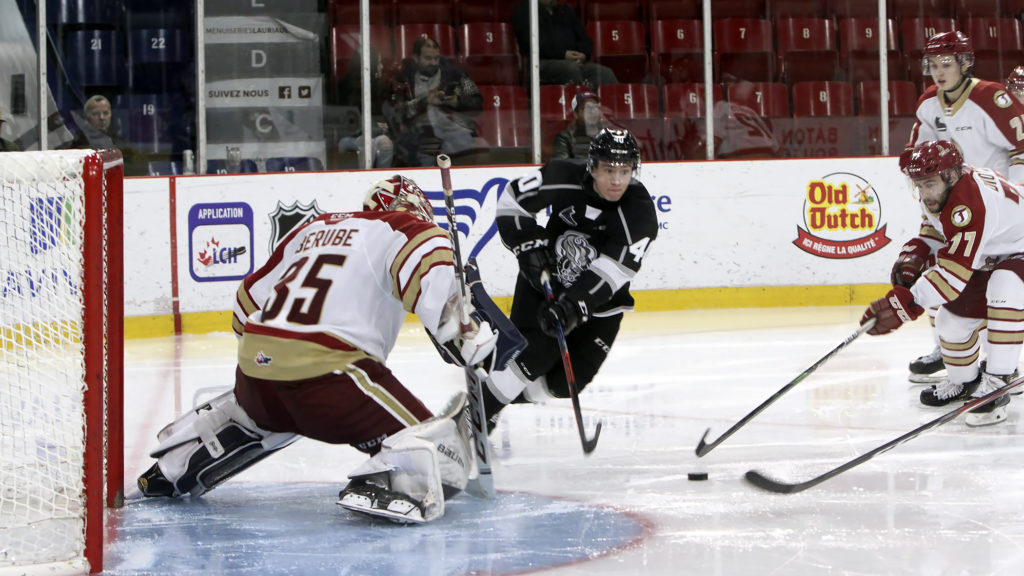 GATINEAU – The Acadie-Bathurst Titan wrapped up a three-game road trip through Quebec on Sunday afternoon as they visited the Gatineau Olympiques. Sitting 18th and 17th in the league respectively, the Titan and the Olympiques were both desparately searching for a win.

Gatineau got on the board early when Mathieu Bizier scored while crashing the net three minutes in. That gave the home side 1-0 lead and they would hold that lead heading into the first intermission. In the second period Kieran Craig found the back of the net at 2:22 and again at 8:25 to extend the Olympiques lead to 3-0.

The Titan made things interesting in the third period with a pair of goals to cut their deficit to one. Mathieu Desgagnes was the goal scorer on both tallies, his first and second of the season. Shawn Element assisted on both with Riley Kidney and Yan Aucoin picking up helpers as well. Despite a number of chances late in the game with the extra attacker, Acadie-Bathurst fell short once again.

Desgagnes was named second star of the game for his efforts.