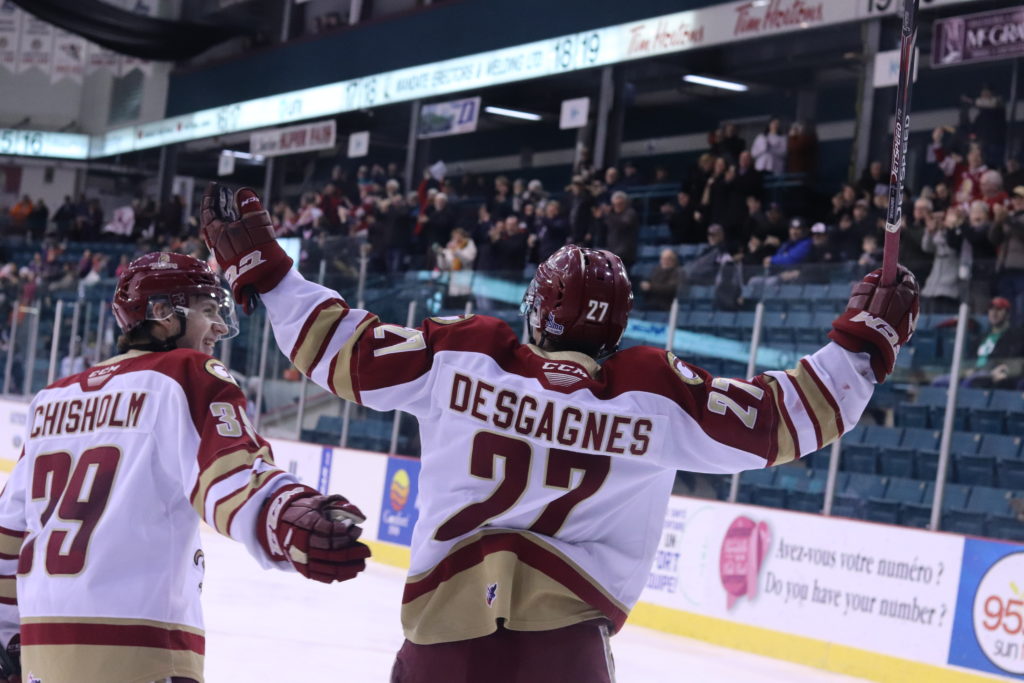 BATHURST – Coming off four losses in a row, the Acadie-Bathurst Titan faced off against the Halifax Mooseheads at the K.C. Irving Regional Centre Wednesday night. It was an important game as the Titan will need to catch the Mooseheads in the QMJHL standings if they want to make the playoffs.

While both teams had their chances, neither was able to find the back of the net in the first 20 minutes of play. Halifax lead the shot count 15-10 after one. It stayed scoreless until late in the second period when Senna Peeters got one past Tristan Berube to open the scoring at 17:24. The Mooseheads would take the 1-0 into the second intermission while outshooting Bathurst 25-21.

The Titan weren’t interested in a fifth straight loss and they came out hard in the third period. Mathieu Desgagnes’ 10th of the campaign tied it 1:33 into the frame with the lone assist going to Riley Kidney. Three minutes later Desgagnes added another beating Alexis Gravel to give the Titan their first lead of the night, 2-1. The 19-year-old would complete the hat trick at 7:21 beating the Mooseheads defender for fooling Gravel with a backhand-forehand deke to extend the lead to 3-1. Logan Chisholm assisted on both goals while Cole Huckins and Yan Aucoin had the others. Chisholm would seal the win with 18 seconds left scoring the empty netter and making it 4-2. Kidney and Desgagnes got the helpers.

Desgagnes finished with three goals and an assist to earn first star of the game while Jeremie Jacob was named third star. The hat trick was the first of Desgagnes’ career. 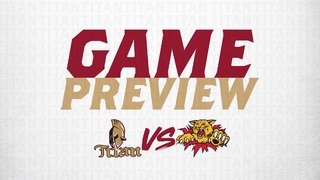 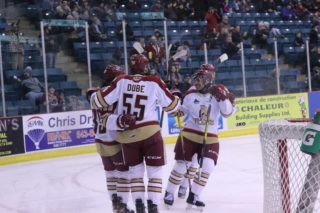 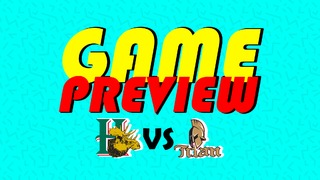 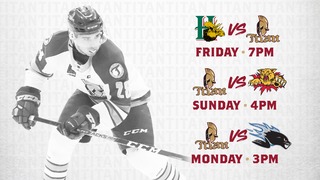 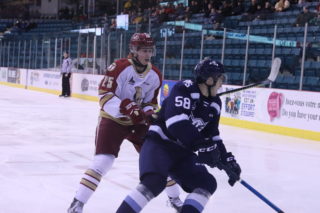 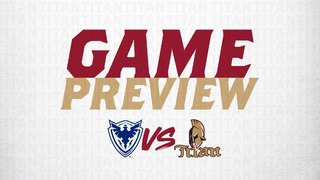