Depth players stand out as Titan fall to Armada 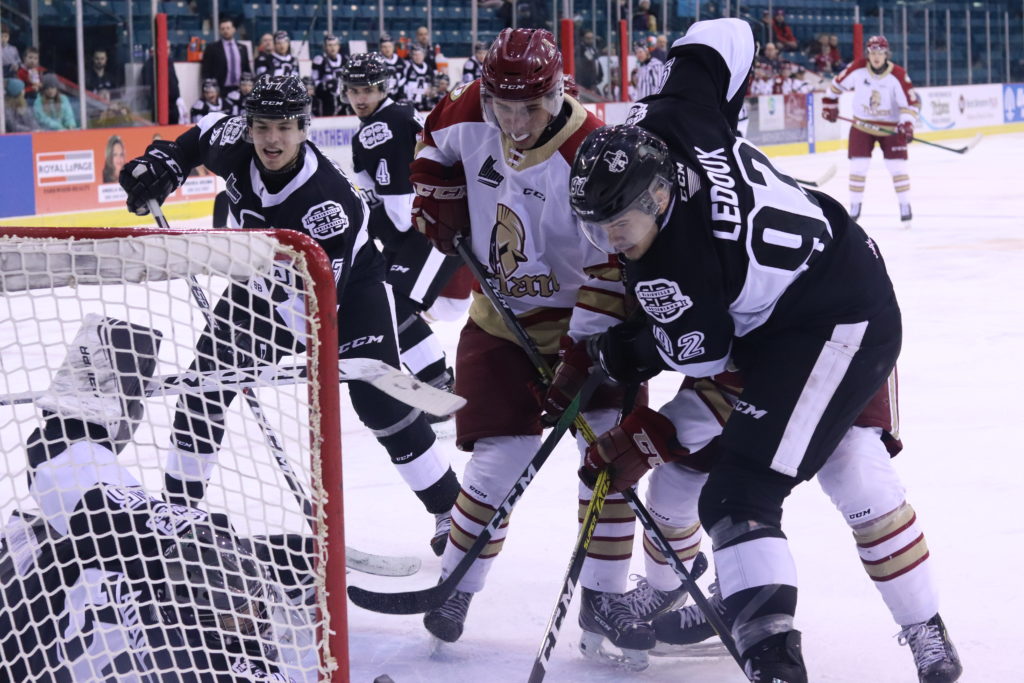 The Titan got off to a hot start scoring twice in the first seven minutes of the game. Olivier Coulombe opened the scoring at 5:33 gathering a loose puck in front of the net and beating Olivier Adam for his seventh of the season. Assists went to David Doucet and Harijs Brants. Less than a minute later Cole Stewart stole the puck from Adam behind the net and found Jeremie Jacob out front who doubled the lead with his first of the campaign. Bennett MacArthur also got a helper on the play. The Titan held a 2-0 advantage after one while outshooting the Armada 17-6.

In the second period, however, the Armada came storming back. Benjamin Corbeil cut their deficit in half at 3:26 before Alexandre Couture netted the equalizer at 6:01. Later in the frame Luke Henman’s 19th of the season gave the Armada the game 3-2. After 40 minutes, the Titan found themselves trailling 3-2 despite outshooting the Armada 30-21.

Five minutes into the final period Couture scored his second goal of the afternoon to extend the visitors lead to 4-2. 14 seconds later Bennett MacArthur fired a shot on net that hit an Armada defenceman and redirected into the net. Jeremie Jacob and Cole Larkin picked up assists on MacArthur’s fourth of the year. Down by one late in the game the Titan pulled the goal in an effort to tie the game but Henman scored the empty net goal to seal their fate and give Blainville-Boisbriand a 5-3 win. Jacob finished the game with two points and a +2 rating to earn second star of the game.