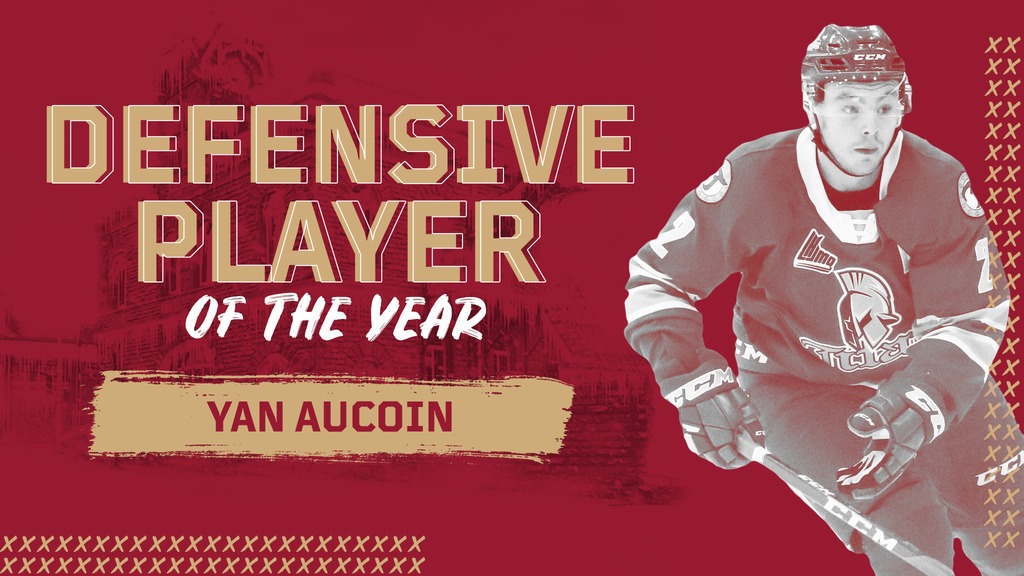 The 2019-2020 Defensive Player of the Year Award goes to defenceman, Yan Aucoin.

Acquired from the Baie-Comeau Drakkar in a trade prior to last year’s QMJHL Draft, the 20-year-old posted career-highs in goals, assists, and points this season while playing big minutes on the top defence pairing. Aucoin concluded his final junior season with 10 goals, 22 assists, and 32 points in 63 games.

The L’Étang-du-Nord, Quebec native was named captain on January 8th after serving as an alternate captain for the first half of the season.