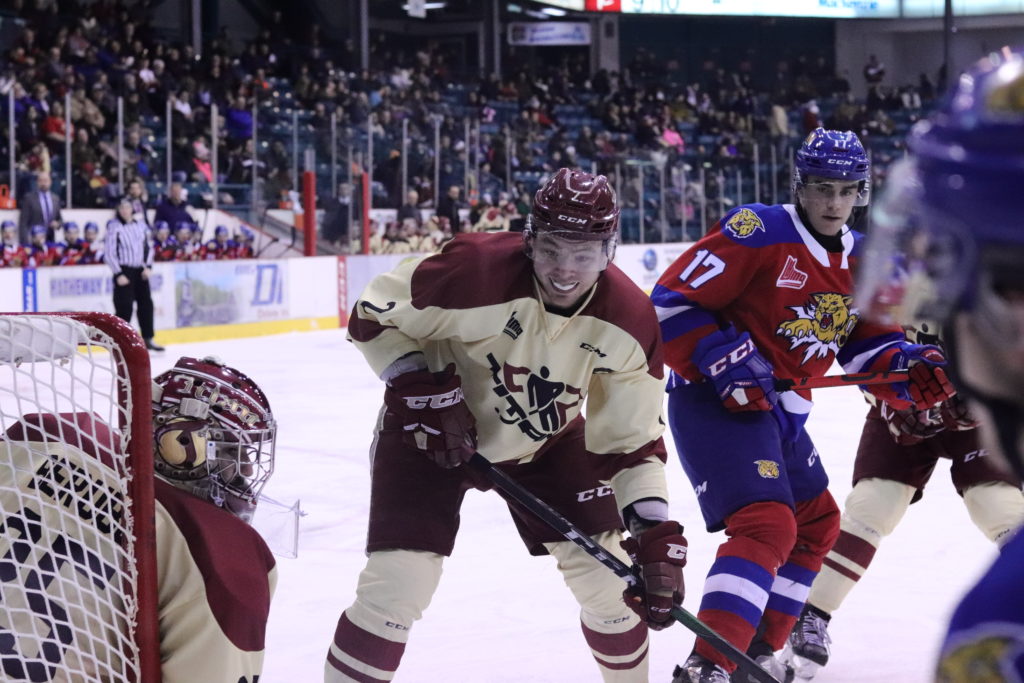 BATHURST – The Acadie-Bathurst Titan were back home Thursday night playing host to the Moncton Wildcats following a three-game road trip. It would be the final visit to Bathurst of the season for the Wildcats, who are the third ranked team in the Canadian Hockey League and second in the QMJHL.

Four minutes in Jeremy McKenna gave the Wildcats a 1-0 lead receiving a pass from Alexander Khovanov and firing the one-timer past Tristan Berube for his 39th of the season. Midway through the opening period of play Alexis Dube stole the puck from Khovanov and beat Dakota Lund-Cornish to even the game at one goal apiece. His third of the season was assisted by Ben Allison and Cole Huckins. Late in the period Jakob Pelletier tipped a pass up and over Berube’s shoulder to put the visitors back in front 2-1 after 20 minutes.

The score remained unchanged until the 14:57 mark of the third period when Mika Cyr got the puck in the slot, turned and fired it home for his 34th of the season. The Titan made things interesting with under three minutes to play as Logan Chisholm scored on the powerplay to cut the deficit to one. They would opt to pull their netminder in the final minutes of the game but were unable to get the equalizer as the Wildcats hung on for a 3-2 win.