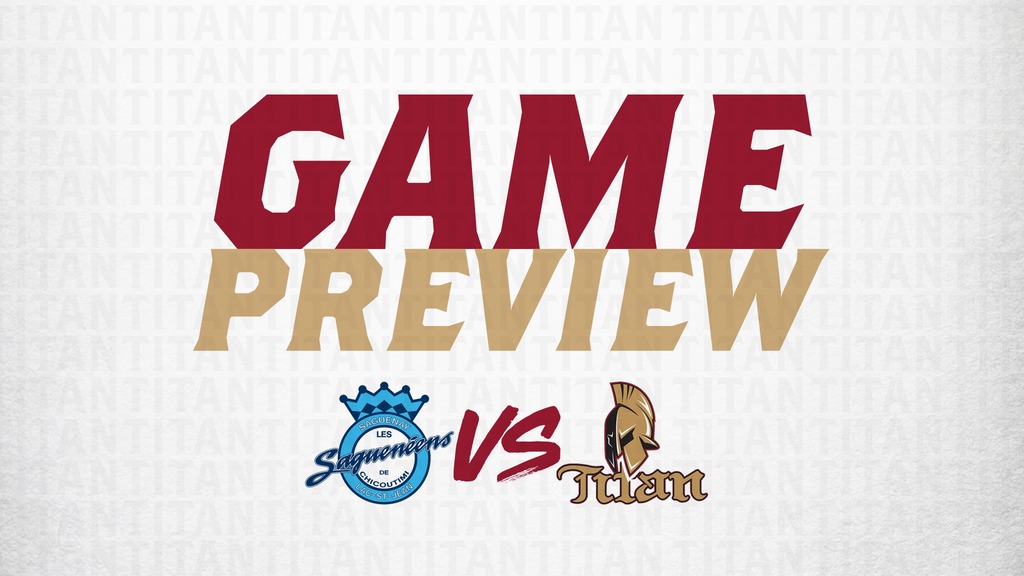 BATHURST – Here are five things you need to know ahead of Sunday’s game against the Chicoutimi Sagueneens at the K.C. Irving Regional Centre.

1. After a disappointing 5-1 loss to the Baie-Comeau Drakkar on Friday night that saw them give up three goals in the first period, the Titan face a tough test today. Losers of their last five games, Acadie-Bathurst look to avoid the series sweep against the high-powered Sagueneens.

2. It’ll be the second and final meeting of the season between these two squads after they faced off back on December 6th at the Centre Georges-Vezina. After scoring the games first goal the Titan would give up three unanswered en route to a 4-2 loss to the Sagueneens. Chicoutimi has won three in a row over the Titan dating back to last season when they took both matchups.

4. As mentioned, the Titan face a tall task this afternoon. The Sagueneens have mean on a tear through two games of their maritime road trip. So far, they’ve outscored opponents 16-5 and have scored eight goals in both games. Vladislav Kotkov and Felix-Antoine Marcotty lead the way with four points each in those two games.

5. Puck drop is scheduled for 4 p.m. Tickets are available at the box office or online.