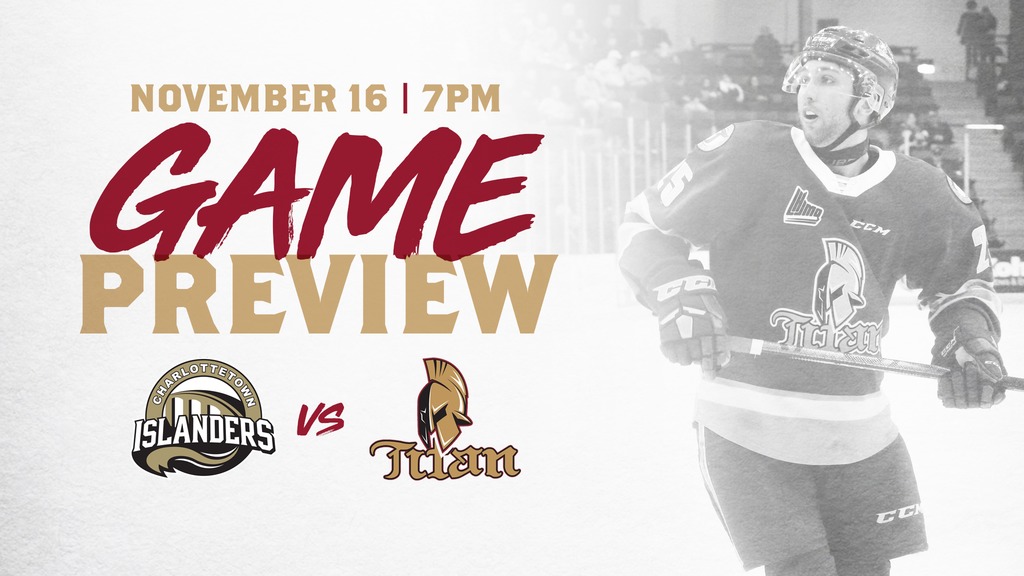 1. The Titan have earned five points in their last four games including two straight wins on home ice meanwhile the Islanders have lost two in a row and three of their last four. Bathurst will need to continue the momentum from Thursday’s win over Gatineau if they want to beat Charlottetown for the first time this season.

2. Charlottetown will be without two big pieces of their roster for tonight’s game. Defenceman Lukas Cormier and St. Louis Blues prospect Nikita Alexandrov remain out with injuries.

3. Forward Mathieu Desgagnes has started to get back on track as of late. After only recording five points in the first 15 games of the season, the 19-year-old has six points in his last four games including a two-goal night on Thursday against the Olympiques. Desgagnes has 11 points in 20 games this season.

4. While nothing has been confirmed up to this point, we could very well see a battle of overagers between the pipes tonight. Tristan Berube made 36 saves in the Titan’s win on Thursday night while Matthew Welsh turned in a 32-save performance against Moncton on the same night.