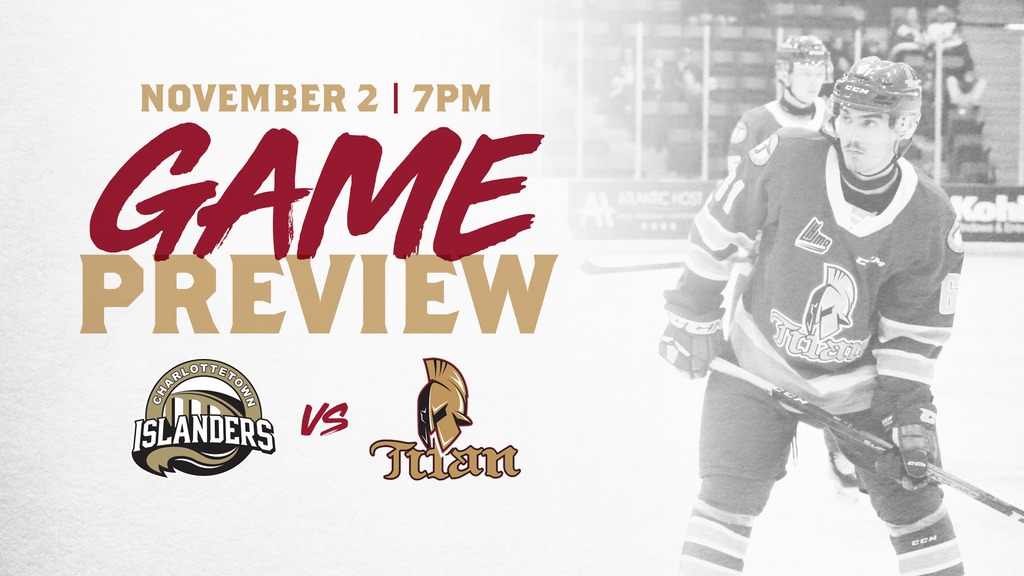 1. Following their 4-1 loss to the Halifax Mooseheads last night, the Titan are back in action tonight as they host the Charlottetown Islanders. The Islanders have come out on top in both previous match-ups this season after defeating the Titan 3-1 on October 6th and then again on October 12th 2-1 in a shootout.

2. Charlottetown is also coming off a loss last night as they fell to the Rimouski Oceanic 4-2 at home. The Islanders are 10-4-3-0 this season and sit sixth in the Quebec Major Junior Hockey League standings. After a hot start to the season Charlottetown has slowed down a bit having lost five of their last 10 games. They are also currently on a two-game losing skid.

3. The visitors will be without a major piece of their defence core as Lukas Cormier remains out with a lower-body injury. Before hitting the injured list, the Sainte-Marie-de-Kent, New Brunswick product had 15 points in 13 games.

4. Titan rookie forward Olivier Coulombe netted his first career goal last night firing a shot off the cross-bar and in late in the loss to Halifax. The 17-year-old was a fourth round pick of the Titan in 2018 and appeared in four games last season as an affiliate player.