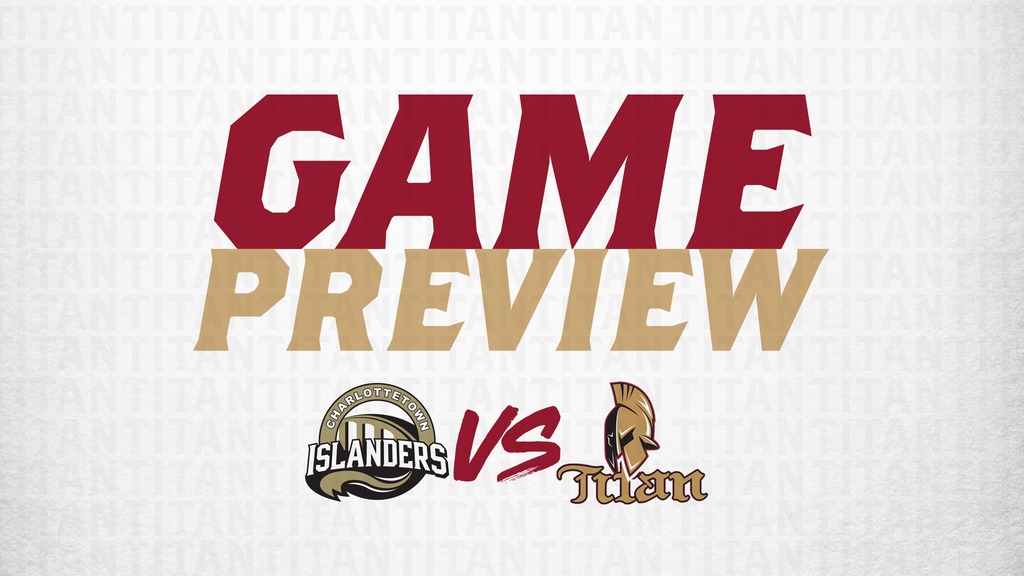 1. After a three-game road trip the Titan are back home for the start of a home-and-home against the Charlottetown Islanders. The Titan defeated the Cape Breton Eagles 4-2 at Centre 200 in Sydney on Wednesday after losses to Saint John and Moncton earlier in the week.

2. On the other side, Charlottetown has lost four in a row including all three games on their most recent Quebec road trip against Gatineau, Drummondville, and Shawinigan. The Islanders last win was February 7th at home against the Victoriaville Tigres.

3. While the Islanders lead the season series 4-2, the Titan have won two of the last three meetings including the most recent battle on January 8th. Both teams are 3-7 in their last 10 games and could very much use a victory.

4. We could finally see the return of Titan forward Cole Stewart to the lineup tonight. The 18-year-old took warm up Wednesday night in Sydney but was a late scratch. Stewart hasn’t seen action since January 29th when he suffered a lower-body injury against the Halifax Mooseheads.