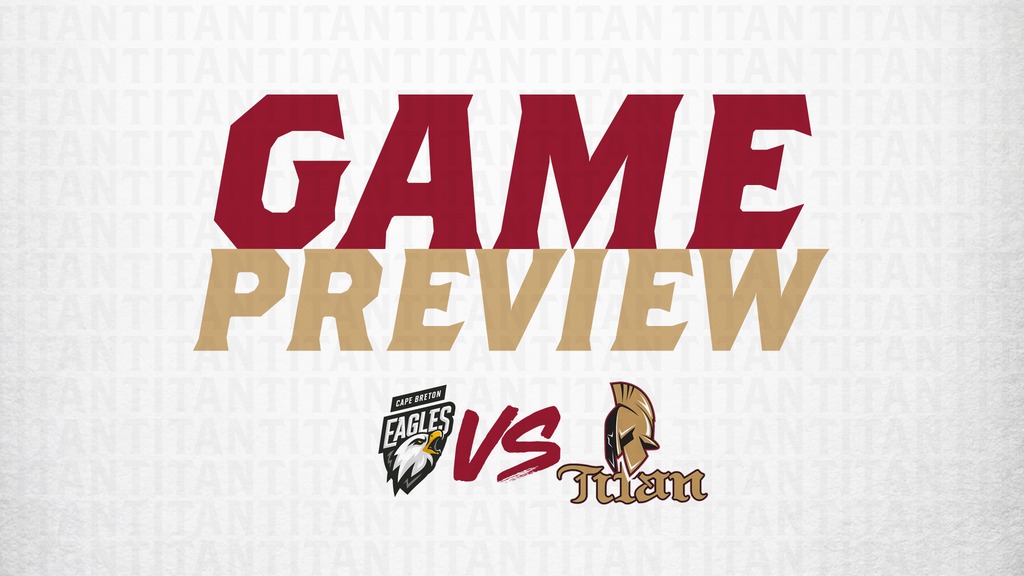 BATHURST – Here are five things you need to know ahead of Sunday’s game against the Cape Breton Eagles at the K.C. Irving Regional Centre.

1. After back-to-back one-goal losses Thursday and Friday, the Titan are back in action this afternoon with another tough test against the Cape Breton Eagles. Thursday night the Titan lost to the Moncton Wildcats 3-2 and on Friday night Acadie-Bathurst overcame a two-goal deficit in the third period to force overtime before falling 6-5 against the Drummondville Voltigeurs.

2. Cape Breton comes in riding a two-game winning streak after defeating the Quebec Remparts 6-1 Wednesday night and the Halifax Mooseheads 5-1 last night. The Eagles are 16-12-2-0 on the road this season compared to their 23-7-0-1 record at home. Cape Breton is 6-4-0 in their last 10 games.

3. The Titan and the Eagles will face off for the final time this season today. Cape Breton leads the season series 5-2 however the Titan did win the most recent meeting 4-2 on February 19th at Centre 200.

4. Former Titan captain Shawn Element returns to the K.C. Irving Regional Centre today for the first time since being traded to the Eagles during the trading period. The 19-year-old has 28 points in 27 games since joining the Eagles.

5. Puck drop is scheduled for 3 p.m. Tickets are available at the box office or online.