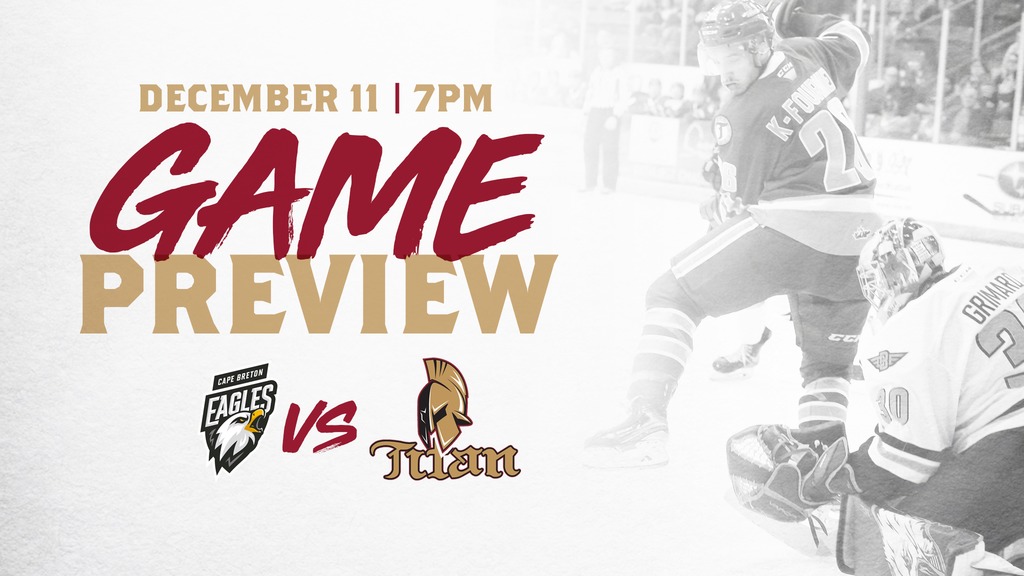 BATHURST – Here are five things you need to know ahead of Wednesday night’s game against the Cape Breton Eagles at the K.C. Irving Regional Centre.

1. The Titan are coming off a three-game road trip that saw them collect just two out of a possible six points. After picking up their first road win exactly one week ago, the Titan have lost two in a row including an 8-5 loss to the Quebec Remparts on Sunday afternoon.

2. Cape Breton’s last game was a 5-1 win over the Halifax Mooseheads on Saturday as they earned the split of their home-and-home series. Despite having won their previous game, the Eagles have lost three of their last five.

3. The Eagles will be without their big russian forward tonight as Egor Sokolov is with Team Russia in preparation for the upcoming World Junior Hockey Championships. Acadie-Bathurst will also be without one of their import players with Harijs Brants currently representing Latvia at the Division 1 World Championships.

4. Bennett MacArthur was called up by the Titan earlier today. He’ll suit up for his second game tonight after playing November 24th against Saint John. The Summerside product has yet to registered a point in the QMJHL.