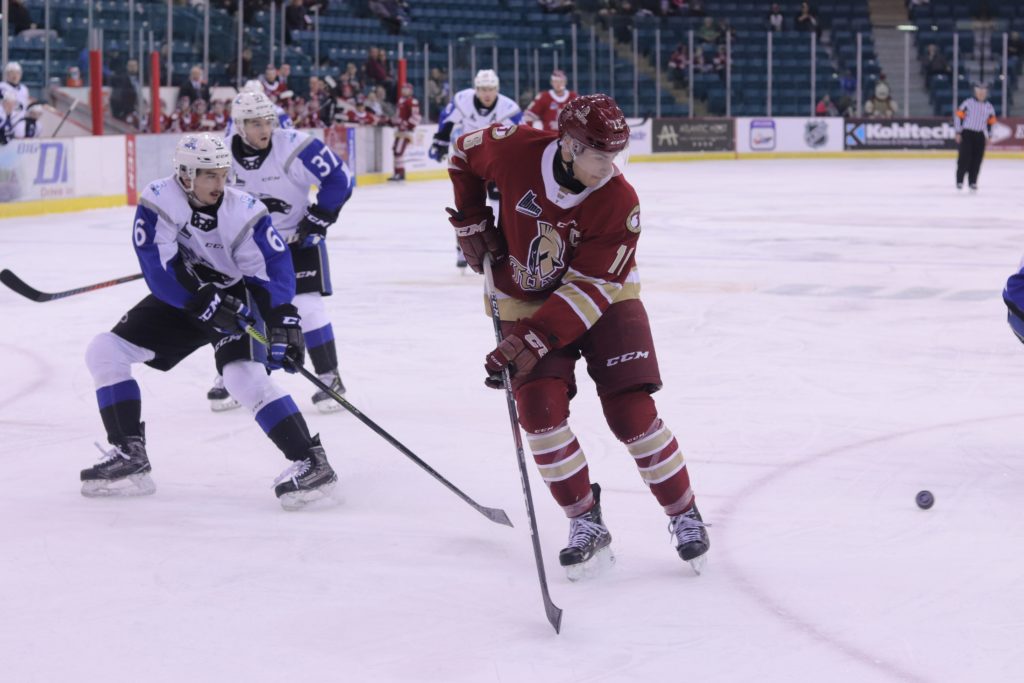 BATHURST – The Acadie-Bathurst played from behind and came back to tie the game on Thursday before falling to the Saint John Sea Dogs in a shootout.

Midway through the second period Brady Burns scored on the powerplay to give Saint John a 1-0 lead. Badalamenti and Guay notched the assists on Burns’ sixth of the season. Seven minutes later Shawn Element potted one of his own on the man advantage beating Zachary Bouthillier five-hole for his fourth of the year. Jeremy Diotte and Liam Leonard got the helpers.

Both teams traded chances in the third period but neither side could break the deadlock. The same could be said for the overtime with the Sea Dogs failing to capitalize on a powerplay to start the extra frame. Acadie-Bathurst thought they had won it when Anderson MacDonald jumped on a loose puck in front and had the an open cage in front of him but the puck rang off the post and the game continued. The shootout started out well for the Titan as rookie Cole Huckins scored with a nice move on his first career attempt but Jeremie Poirier and Brady Burns found the back of the net to give the Sea Dogs a 2-1 victory.