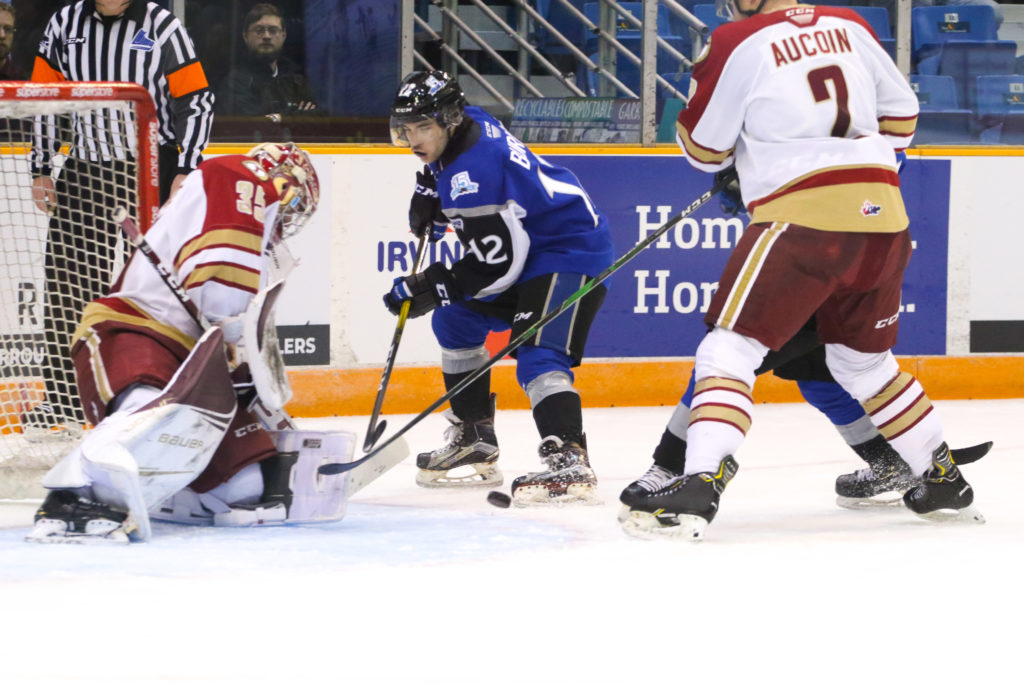 SAINT JOHN – In the second of back-to-back games between them, it was the Saint John Sea Dogs who came out on top once again over the Acadie-Bathurst Titan at TD Station on Sunday afternoon.

Saint John, much like last nights game, took control of the game in the opening 20 minutes of play with four goals. Maxim Cajkovic scored twice while Brady Burns and Matt Gould picked up singles. The first period ended with the Sea Dogs out in front of the Titan 4-0 and leading the shot count 15-9.

At the start of the second period Felix-Anthony Ethier was replaced in goal by Tristan Berube after allowing four goals on 15 shots. In the period, the Titan managed to get on the board as Logan Chisholm scored his sixth of the season assisted by Riley Kidney. However, the Sea Dogs still lead 4-1 after two periods of play.

In the third period the Titan were still unable to get anything going despite having a full two minute 5-on-3 powerplay midway through the frame. Dawson Stairs added a powerplay goal for the Sea Dogs late in the game to wrap up a 5-1 final score in favour of the home team.