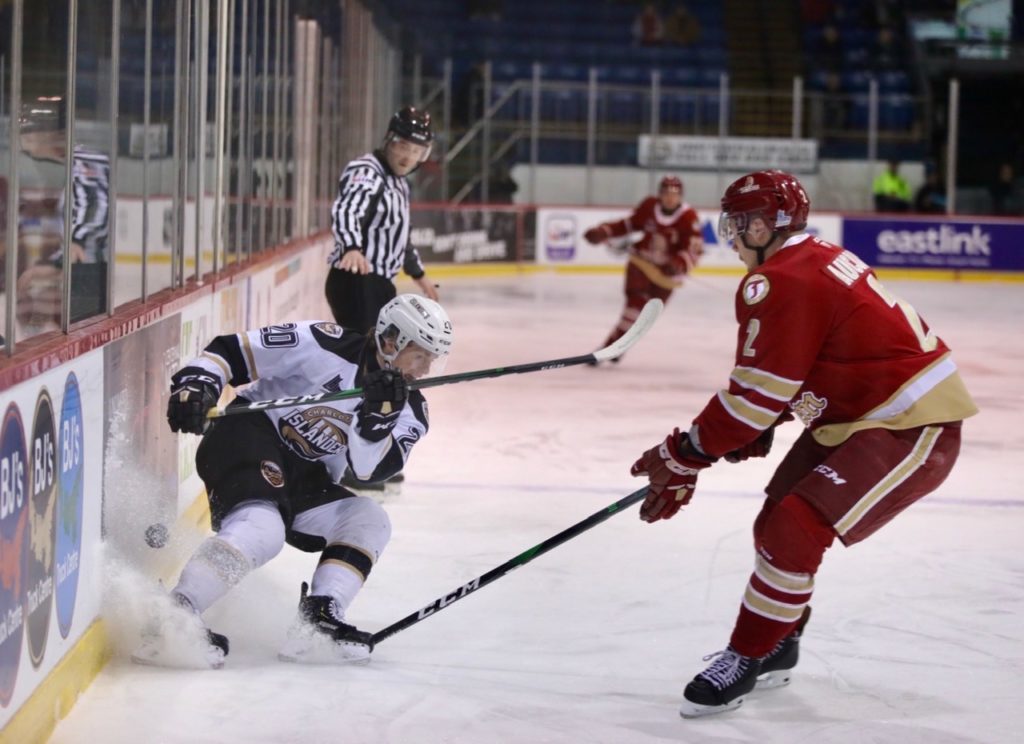 CHARLOTTETOWN – The Acadie-Bathurst Titan made the treck across the confederation bridge and through a snow storm to take on the Charlottetown Islanders at the Eastlink Centre on Wednesday night.

Once the game got underway the Titan wasted no time going to work. Remy Anglehart scored on a breakaway 20 seconds in to open the scoring with assists to Mathieu Desgagnes and Mark Rumsey. The lead was doubled with 1:06 left in the period as Olivier Coulombe jumped on a rebound and potted his third of the campaign. Rumsey notched his second helper of the night while Yan Aucoin picked up the other.

Nikita Alexandrov got the Islanders on the board at 17:35 of the second period but Titan goaltender Tristan Berube shut the door the rest of the way and the visitors left with a 2-1 win. Berube finished with 41 saves and was named first star of the game. Rumsey earned third star honors.