Belgarde propels Titan to second round 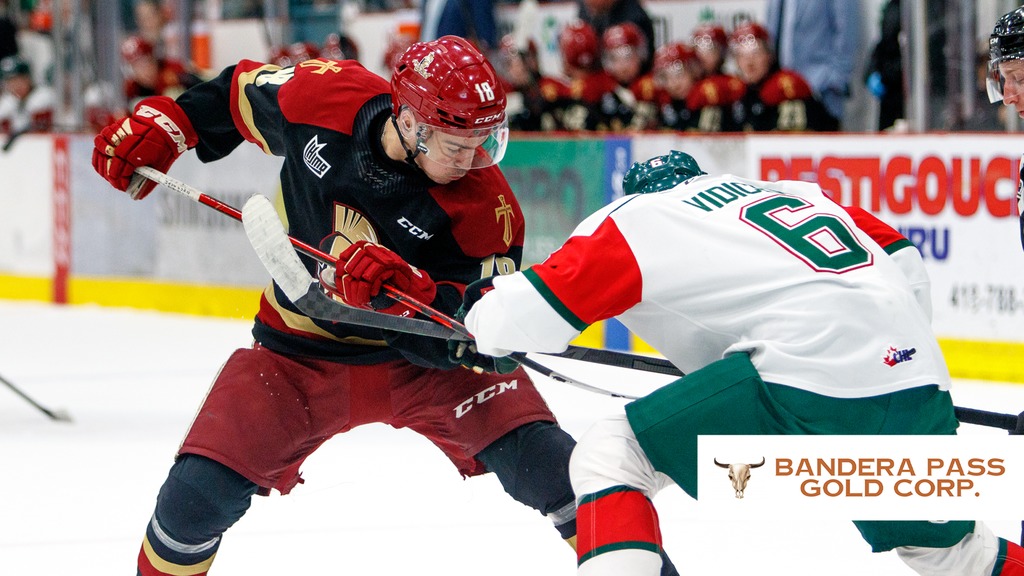 BATHURST, N.B. – In what can only be described as a moment that will go down in Acadie-Bathurst Titan history, the home team defeated the Halifax Mooseheads in a do-or-die game five to advance to the second round of the 2022 President Cup playoffs. Acadie-Bathurst pulled away with the 2-1 victory over the Mooseheads at the K.C. Irving Regional Centre and celebrated the win in front of a roaring home crowd of over 3,000 fans.

“It’s good,” said Titan Head Coach Jason Clarke, following the win. “I mean it’s good to see the boys fight through a little bit of adversity, it wasn’t a lot of fun the first two games and a lot of lessons learned. So, I’m just really happy for the kids. They deserve it. They’ve worked very hard all year long; it was nice to see them get rewarded for it.”

Now the Titan will prepare to face another Maritime rival, the Charlottetown Islanders, in the second-round best-of-five series, which is slated to get underway Sunday afternoon at the Eastlink Centre. Charlottetown swept the Moncton Wildcats in three-straight in their opening round series to advance to the second round.

“We’re going to enjoy the victory tonight and we’ll get back to the game plan tomorrow,” said Clarke, speaking to how the team will bring Friday’s momentum into game one in Prince Edward Island.

Ben Allison registered his first goal of the playoffs at 18:41 in the first period to give the Titan a one-goal lead, which they maintained throughout the second period and into the final frame. Halifax’s Attilio Biasca then tied things up when he broke into the scoring column at the 6:26 mark in the third period to level the playing field 1-1 in Bathurst, but the tie was short lived for the visitors. At 9:01. Thomas Belgarde netted a short-handed goal to edge Halifax and inevitably seal the win for the Titan over the Nova Scotian team.

Both Titan netminder Jan Bednar and Halifax’s Mathis Rousseau turned in stellar performances Friday night, with Bednar earning third star honours stopping 29 of the Mooseheads’ 30 shots on goal. Rousseau took home the second star for denying 43 of the 45 shots the Titan peppered him with throughout the night. Belgarde’s game-winning goal earned him first star of the game.

While the Titan will hit the road in the coming days for the first two games against the Islanders, the series will shift to Bathurst next Thursday at 7 p.m. at the K.C. Irving Regional Centre for game three. The box office will be open from 11 a.m. to 8 p.m. tomorrow and 11 a.m. to 6 p.m. on Monday for season ticket holders to purchase their tickets for the second round. Tickets for Round 2 will open to the general public on Tuesday. 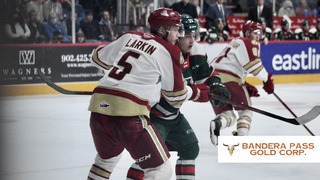