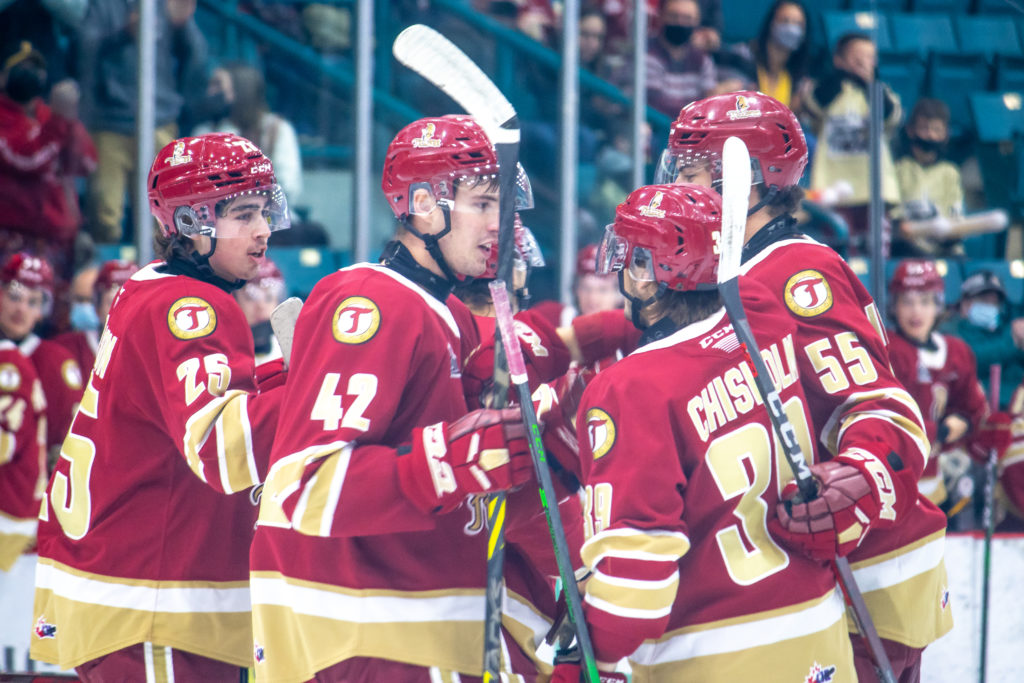 BATHURST – Following a 4-3 shootout loss to the Moncton Wildcats last night, the Acadie-Bathurst Titan are back in the win column with a 4-3 victory over the Charlottetown Islanders at the K.C. Irving Regional Centre. The win improves their record to 6-0-0-1 and puts the Titan into first place in the QMJHL standings.

Veteran defenceman Jaxon Bellamy opened the scoring at 6:09 in the first period to give Acadie-Bathurst the lead, with Joseph Henneberry netting the team’s second goal of the night at 4:55 in the second.

Three more goals would follow– two from Charlottetown and one from the home team – before the second period was out. Lukas Cormier netted the Islanders first goal at 9:11, followed by Michael Horth’s game tying goal at 12:16 to even the score 2-2. Riley Kidney gave the Titan the lead again at 15:19 on the power play to make it 3-2 after 40 minutes.

Cormier would score his second goal of the night for the Islanders a little over a minute into the final frame to bring the game back to even. At 9:50 of the third Cole Huckins scored the game-winning goal for the Titan to take the 4-3 win in regulation time. Bellamy, who had three points on the night, was named first star of the game while Jan Bednar received the game’s second star with 39 saves.

The Titan are on the road Wednesday night as they take on the Saint John Sea Dogs at 7 p.m. Acadie-Bathurst will return home next Friday, October 22nd against the Rouyn-Noranda Huskies at 7 p.m.