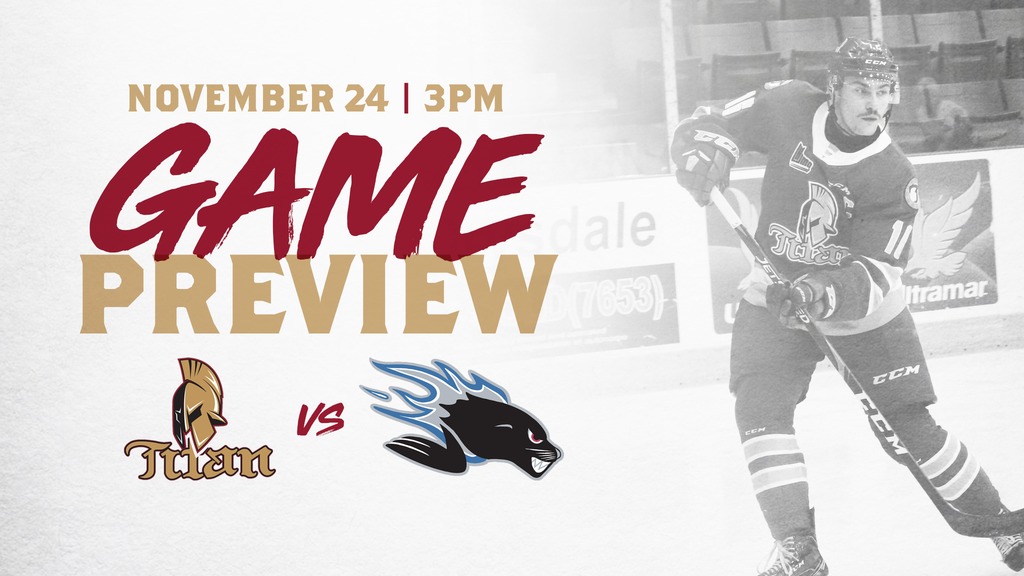 SAINT JOHN – Here are five things you need to know ahead of Sunday’s game against the Saint John Sea Dogs at TD Station.

1. The second game of the back-to-back between the Titan and the Sea Dogs goes down this afternoon in the port city. Saint John had the upperhand last night despite a late charge by Bathurst, winning 4-3.

2. Nicolas Guay took sole possession of the team scoring lead for the Sea Dogs with three points in last nights game. The overage forward now has 27 points on the season. Meanwhile, Shawn Element still leads the Titan with 22 points despite registering no points Saturday night.

3. Between the pipes, the Sea Dogs are expected to turn to Toronto Maple Leafs prospect Zachary Bouthillier after rookie Noah Patenaude got the start last night. For the Titan, Mario Durocher has not named his starter however, considering Bathurst had seven days off prior to last nights game, it would not be surprising to see 20-year-old Tristan Berube in goal once again.

4. Defenceman Harijs Brants had a night to remember on Saturday despite the Titan’s loss. The Latvian scored his first career goal at 9:36 of the third period. Brants has five points in 14 games with the Titan after going pointless in eight games with Chicoutimi earlier this season.