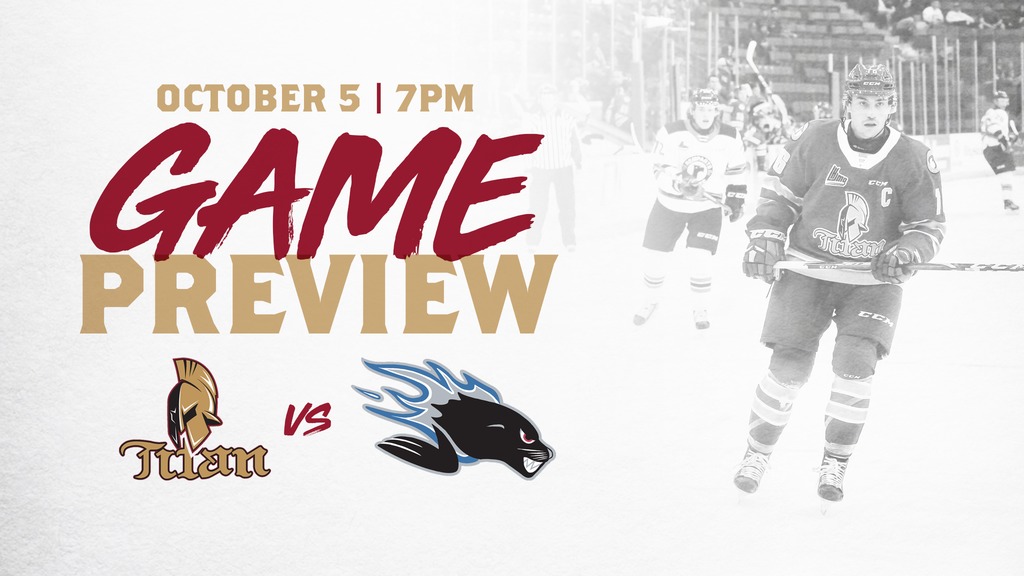 SAINT JOHN – Here are five things you need to know ahead of Saturday night’s game against the Saint John Sea Dogs at TD Station.

1. Jeremy Diotte netted his first goal of the season and first in a Titan uniform Thursday night. It was the lone goal in a 3-1 loss to the Quebec Remparts. The 20-year-old defenceman has two points in five games.

2. With the Titan coming into tonight’s game still without a win and the Sea Dogs having lost their last three games after starting the season off 2-0, these two teams will be hungry for a win.

3. Tristan Berube continues to be the saving grace for this Titan team. After a 24-save performance on Thursday, the overager has faced a total of 141 shots and allowed just 12 goals in four games. He currently sports a .915 save percentage and a 3.02 goals-against-average.

4. Acadie-Bathurst has struggled mightily this season and the struggles continued in their last game. The Titan were 1/2 on the powerplay including a five-minute man advantage that saw them muster up only two shots on goal. With the Sea Dogs penalty kill sitting at 83%, something has to change tonight if the Titan want to get things going on the powerplay.