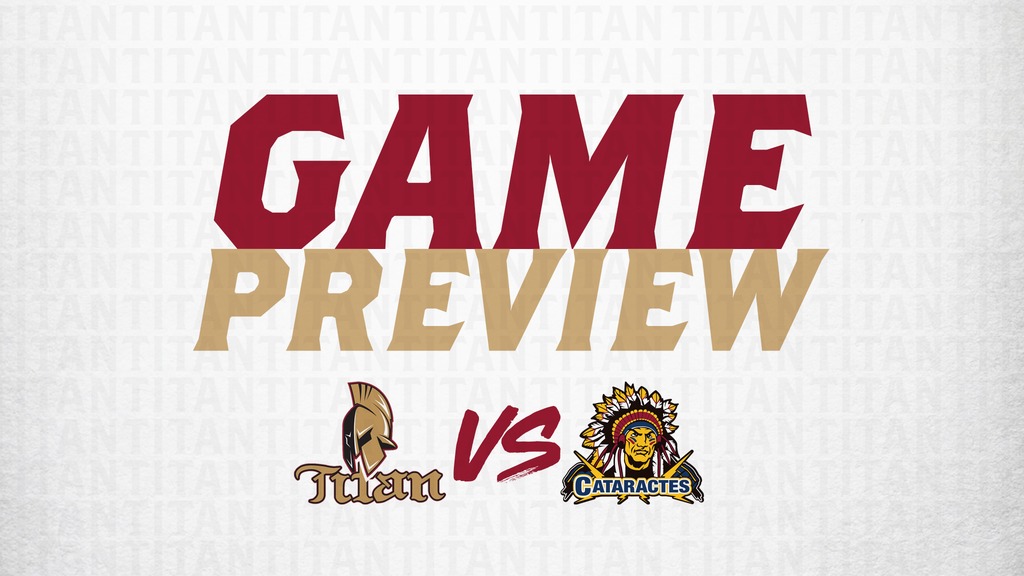 SHAWINIGAN – Here are five things you need to know ahead of Friday night’s game against the Shawinigan Cataractes at the Centre Gervais Auto.

1. The Titan begin a three-game road trip tonight against the Shawinigan Cataractes. It’ll be the second and final meeting of the season between the two as the Cataractes defeated Acadie-Bathurst 5-3 back on December 1st at the K.C. Irving Regional Centre. The Titan had a 2-0 lead in that game before Shawinigan netted five straight goals to get the win.

2. In danger of being swept in the season series with the Cataractes for the second season in a row, the Titan will look to start the three-in-three off on the right foot. Losers of two straight, Acadie-Bathurst is 2-6-2-0 in their last 10 games. However, the Titan managed to pick up four points last week including a 4-2 win over the Cape Breton Eagles on the road.

3. Shawinigan is coming off a 7-6 loss to the Gatineau Olympiques last Sunday but they have won three of their last five games. The Cataractes are 4-2 since firing head coach Daniel Renaud and bringing in Gordie Dwyer to replace him. They are 6-3-1-0 in their last 10 games.

4. Titan goaltender Tristan Berube will reach another milestone tonight when he goes between the pipes. The 20-year-old will play his 150th career game at the Centre Gervais Auto.

5. Puck drop is scheduled for 8:30 p.m. You can catch all the action on Titan Radio.