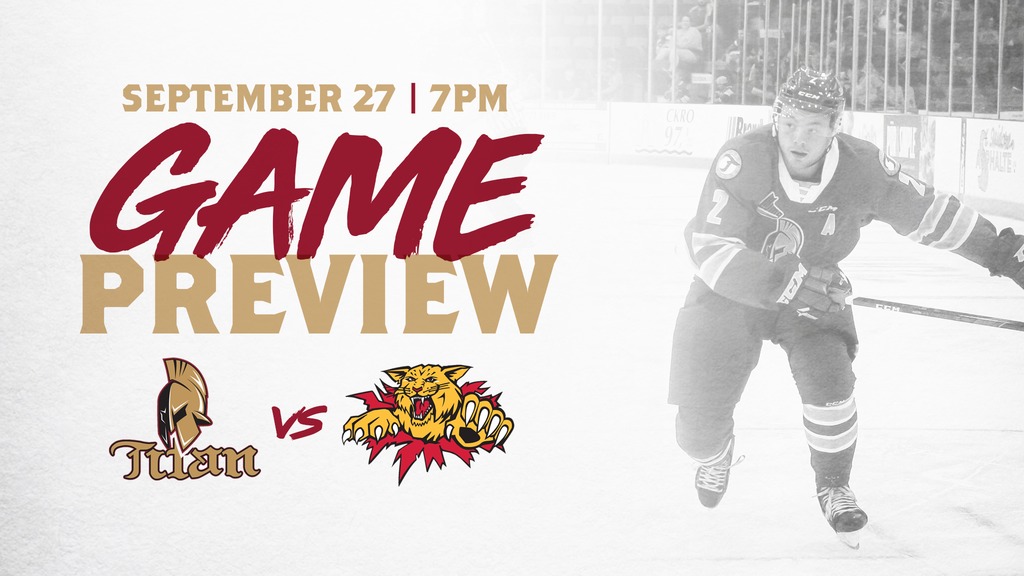 BATHURST – Here are five things you need to know ahead of Friday night’s game against the Moncton Wildcats at the Avenir Centre.

2. A number of Titan players registered career firsts in Saturday’s game. Riley Kidney scored his first QMJHL goal early in the second period on a nice feed from Alexis Dube, who notched his first career point on the play. Cole Huckins found the back of the net on a scramble in front for the first tally of his career in the third period and later added an assist on Yan Aucoin’s first goal of the season.

3. Titan captain Shawn Element returns to the lineup tonight after serving a one-game suspension for a staged fight. After scoring his first goal of the season on a shorthanded breakaway in the first period, the 19-year-old dropped the gloves with Eagles forward Shawn Boudrias at 4:03 of the second period which resulted in the automatic suspension.

4. Tristan Berube has been lights out for Acadie-Bathurst this season. Through two games the overage netminder has faced 84 shots including a 36-save performance Friday night that earned him first star honors. Saturday afternoon he turned aside 40 in a losing effort.

5. Puck drop is scheduled for 7 p.m. You can catch all the action on Titan Radio.