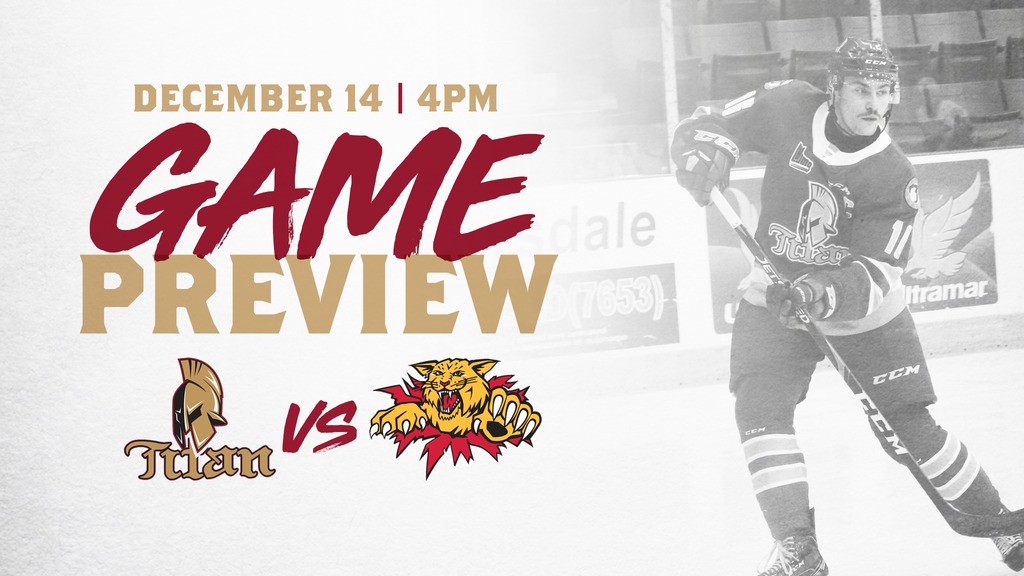 MONCTON – Here are five things you need to know ahead of Saturday’s game against the Moncton Wildcats at the Avenir Centre.

1. The Titan have now lost three of their last five games after a 6-3 lost to the Saint John Sea Dogs last night. After a convincing 5-1 win over the Cape Breton Eagles wednesday night, the Titan came out flat against Saint John and paid the price for it.

2. Over the past couple weeks Moncton has not been the same team we’ve seen throughout the season. Without their top two scorers in Alexander Khovanov and Jakob Pelletier as well as head coach John Torchetti, the Wildcats have lost three of their last five games. They did however pick up a 4-0 win over Cape Breton last night.

3. For the most part it’s been all Wildcats in the previous meetings between these two teams this season. Moncton is 4-1 against the Titan this season however most of the matchups have been close. Dating back to last season, the Moncton have won 13 of the last 14 games against Bathurst.

4. Shawn Element continues to prove that he’s more than just a third line player, as many around the league labelled him prior to this season. In last night’s game Element netted his 20th goal of the season and brought his point total to 34 points. After posting a career high of 33 points in 65 games last season, the Titan captain has now set a new career high in 34 less games.