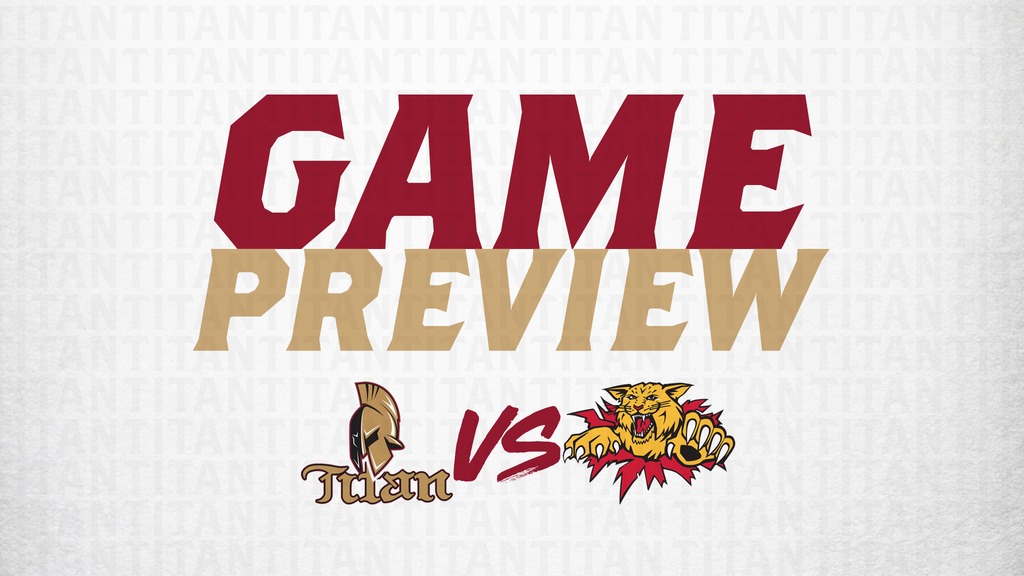 MONCTON – Here are five things you need to know ahead of Sunday’s game against the Moncton Wildcats at the Avenir Centre.

1. The Titan were finally able to put an end to their five-game losing streak Friday night defeating the Halifax Mooseheads 6-2 on Retro Night. Cole Huckins and Mathieu Desgagnes had three points each while Remy Anglehart and Olivier Coulombe notched two apiece. Tristan Berube turned aside 33 of 35 shots he faced as well.

2. Moncton comes in riding a seven-game winning streak and have won nine of their last 10. Most recently the Wildcats defeated the Saint John Sea Dogs in back-to-back games Wednesday and Friday. With a 39-12-1-0 record, the Wildcats currently sit first in the eastern conference and second in the overall standings.

3. Titan forward Cole Huckins became the fifth rookie in team history to record at least 30 points after a three-point performance Friday night put his total to 32 on the year. The Fredericton native is the first rookie to do so since Antoine Morand did it during the 2015-16 season.

4. It’ll be the final visit to the Avenir Centre this season for Acadie-Bathurst. The Titan are winless in four games at the Wildcats home barn this season and have been outscored 21-9.