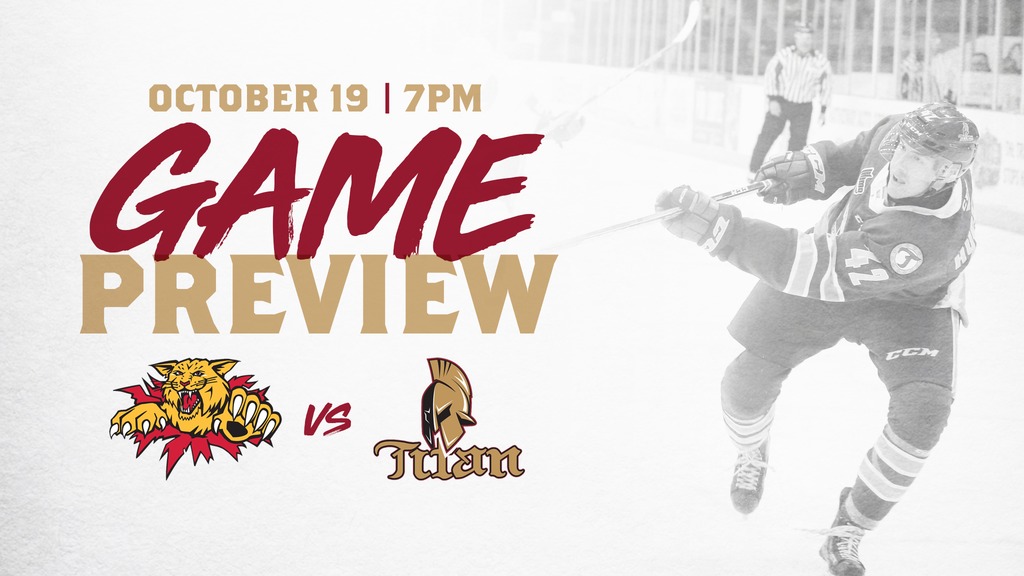 MONCTON – Here are five things you need to know ahead of Saturday night’s game against the Moncton Wildcats at the Avenir Centre.

1. The three-in-three comes to an end tonight for the Titan as they take on the Wildcats for the second night in a row. Last night the two teams battled it out at the K.C. Irving Regional Centre with Moncton take it 6-5 in overtime.

3. Titan captain Shawn Element is doing it all this season and that continued Friday night. The 19-year-old had an assist and dished out 11 hits, many of them thunderous, in last night’s game. His point total on the season sits at 11.

4. Tristan Berube is expected to get the night off tonight after starting the previous two games including a 44-save performance last night. The overager currently has a .915 save percentage and a 3.02 goals-against-average. In nine starts, he has faced 330 shots to date.