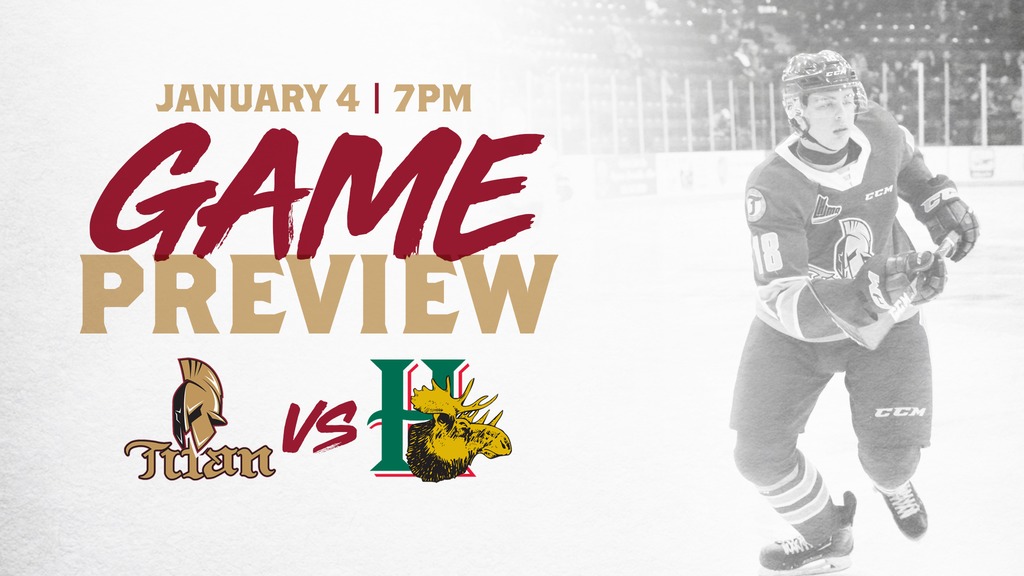 1. After a 4-3 shootout loss to the Cape Breton Eagles last night, the Titan visit the Mooseheads for the third time this season. They’ll look to snap a three-game losing streak against a Mooseheads team that lools much different than the last time they faced off.

2. Halifax has lost six straight and have struggled as of late with several key players traded or away at the world juniors. The Mooseheads fell to the Moncton Wildcats 7-3 last night.

3. Despite their recent struggles, the Mooseheads have had the Titan’s number this season winning all four of their previous controntations. The most recent was 6-3 win in Bathurst on November 28th.

4. After head coach Mario Durocher elected to start Felix-Anthony Ethier in last night’s game, Tristan Berube will get the start tonight as the Titan look to end the weekend with two points.