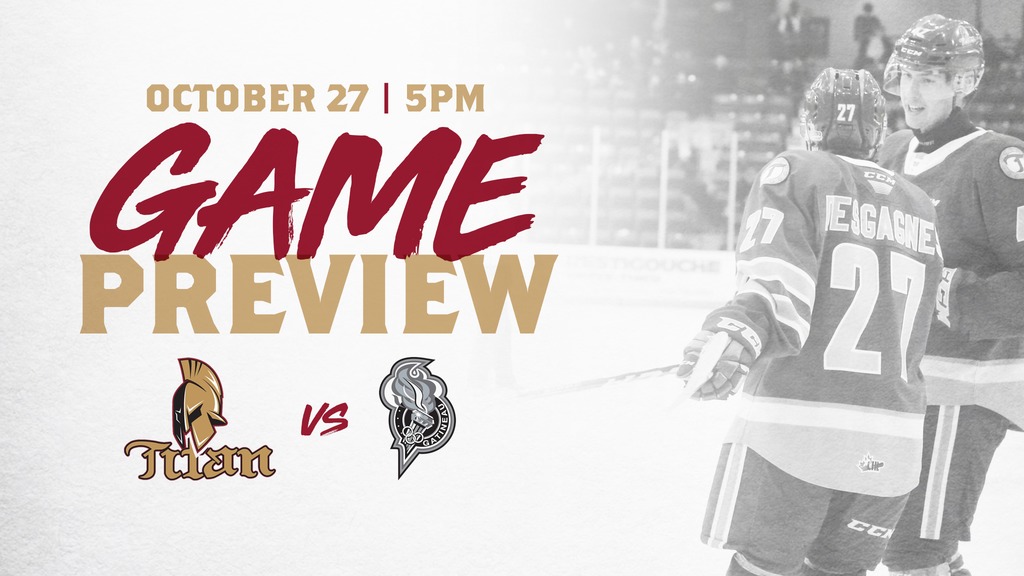 GATINEAU – Here are five things you need to know ahead of Sunday afternoon’s game against the Gatineau Olympiques at the Robert-Guertin Centre.

1. The first road trip through Quebec has not been kind to the Titan up to this point. They’re currently 0-2 after suffering a 5-3 loss to the Rouyn-Noranda Huskies on Thursday night before being blown out by the Val-d’Or Foreurs 10-0 on Friday.

2. Both the Titan and the Olympiques enter play today badly in need of a win. Acadie-Bathurst is winless on the season with a record of 0-9-2-3 while Gatineau is 2-11-2-0. The Olympiques and the Titan hold the 17th and 18th positions respectively in the Quebec Major Junior Hockey League with one point separating them.

3. Rookie forwards Riley Kidney and Zach Dean go head-to-head today before the pair heads out west to represent Canada at the World Under-17 Hockey Challenge in Medicine Hat, Alberta and Swift Current, Saskatchewan. Kidney will be part of Team Canada White and Dean will suit up for Team Canada Black.

4. Tristan Berube is likely to get the call between the pipes in a building he is very familiar with. The overage netminder played for the Olympiques for three seasons from 2016 to 2019 before being dealt to the Rimouski Oceanic. Berube holds a 3.49 goals-against-average and a 0.903 save percentage in 11 games this season.

5. Puck drop is scheduled for 5:00 p.m. You can catch all the action on Titan Radio.