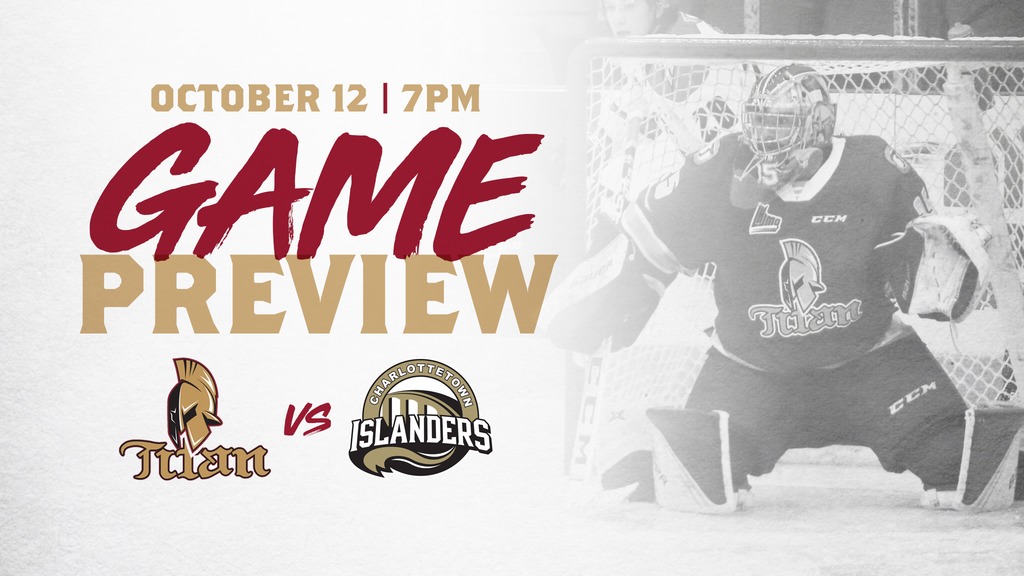 CHARLOTTETOWN – Here are five things you need to know ahead of Saturday night’s game against the Charlottetown Islanders at the Eastlink Centre.

1. For the second time in six days the Titan and the Islanders will face off. The two sides met last Sunday at the K.C. Irving Regional Centre with Charlottetown coming out on top 3-1.

2. After participating in full-contact practice on Friday, forward Anderson MacDonald is on track to return to the lineup tonight after missing two games with a concussion.

3. There will be one less man behind the Titan bench tonight. Assistant coach Raphael-Pier Richer is currently coaching Hockey New Brunswick’s U15 Boys team at the Atlantic Challenge Cup in Moncton.

4. The Titan played one of their best games of the season Thursday night against Rouyn-Noranda but still came out on the losing end 4-3 in overtime. They’ll look to carry that momentum into tonight’s game against a very hot Islanders squad.