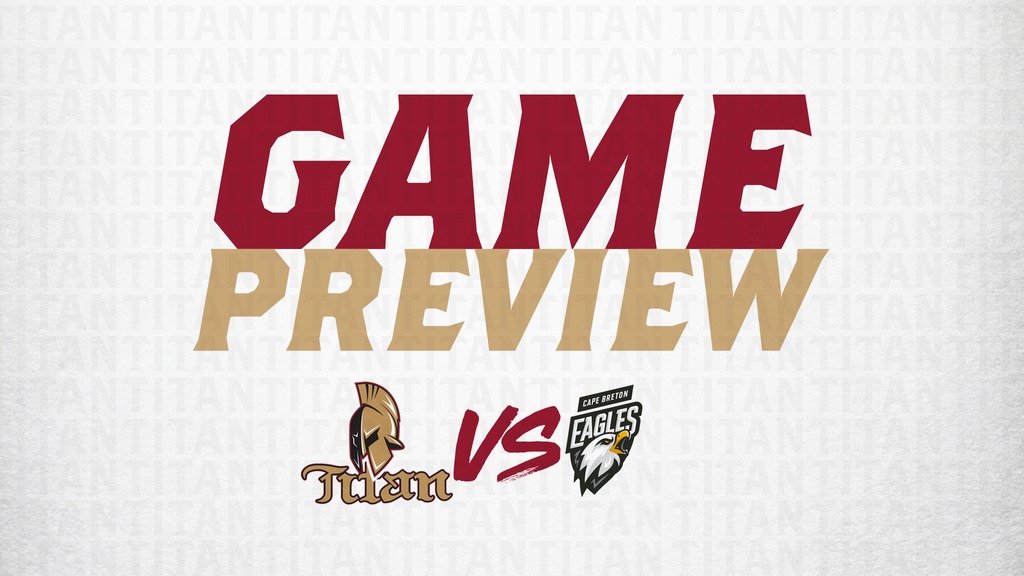 SYDNEY – Here are five things you need to know ahead of Wednesday night’s game against the Cape Breton Eagles at the Centre 200.

1. It’ll be the final visit to Centre 200 this season for the Titan as they visit the Eagles tonight. Cape Breton leads the season series 5-1 and won all three matchups at Centre 200 this year.

2. The Titan are on the tail end of a three-game road trip after stops in Moncton and Saint John. Sunday afternoon they fell 6-2 to the Wildcats at the Avenir Centre before dropping a 5-4 decision to the Sea Dogs on Monday.

3. Cape Breton, meanwhile, is coming off a nearly two-week long road trip through Quebec that saw them play six games in nine days. The Eagles went 4-2 on the trip with wins over Blainville-Boisbriand, Drummondville, Val-d’Or, and Gatineau.

4. Forward Cole Stewart could return to the lineup tonight. The 18-year-old hasn’t played since suffering a lower-body injury January 29th against the Halifax Mooseheads.