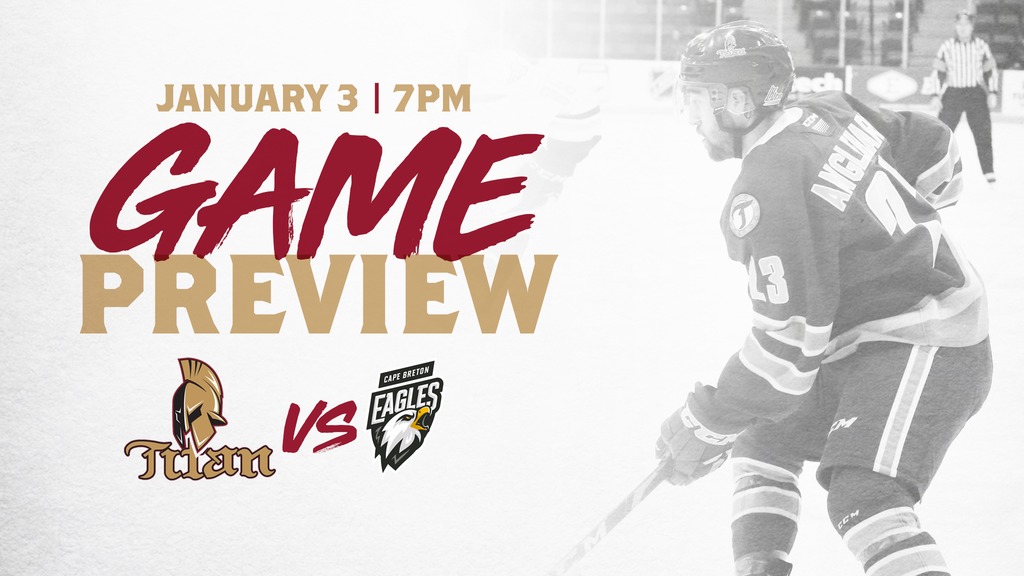 CAPE BRETON – Here are five things you need to know ahead of Friday nights game against the Cape Breton Eagles at the Centre 200.

1. After winning their first game post-christmas break, the Titan have now lost two straight including a 7-0 thumping at the hands of the Moncton Wildcats on New Year’s Eve. Acadie-Bathurst has been outscored 13-6 in their three games since the break and five of their six goals for came in the 5-2 win over the Saint John Sea Dogs on December 28th.

2. The Eagles are 3-0 since the christmas break including back-to-back wins over the Halifax Moosheads. The other victory was a 4-0 win over the Charlottetown Islanders on New Year’s Eve.

3. In three meetings this season, all of which were played at the K.C. Irving Regional Centre, the Eagles have a 2-1 record against the Titan. However, the most recent matchup saw Bathurst defeat Cape Breton 5-2 on December 11th. Prior to that game, these two teams hadn’t played since opening weekend when the Eagles picked up back-to-back wins over the Titan to start the season.

4. Tonight’s game will see Shawn Element and David Doucet play their first games against their former teams. Element was traded to the Eagles for Doucet and draft picks on December 27th. As well, Mark Rumsey will make his Titan debut after being acquired from Moncton yesterday.