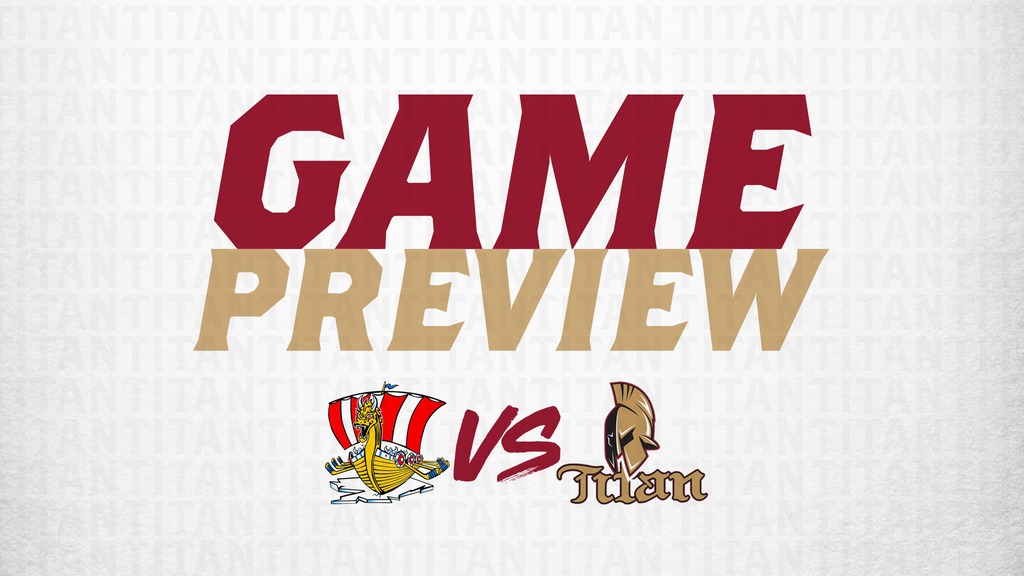 BATHURST – Here are five things you need to know ahead of Friday nights game against the Baie-Comeau Drakkar at the K.C. Irving Regional Centre.

1. After a big 2-1 win over the Charlottetown Islanders on Wednesday thanks to a 41-save performance from Tristan Berube, the Titan return home tonight to face off against the Drakkar. Having only won three of their last 10 games, the Acadie-Bathurst Titan will look to win back-to-back games for just the second time this season. Not only that, but they’ll have a chance to sweep the season series with Baie-Comeau after picking up a 5-3 road win over the Drakkar back on December 4th.

2. The Drakkar, despite trading off a couple of key veterans in Gabriel Fortier and Xavier Bouchard, have won four of their last five outings including a pair of 4-3 wins over Rimouski and Victoriaville last weekend. Lead by newly named captain Nathan Legare, Baie-Comeau will look to kick-off their three-game Maritime road trip on a winning note before they head to Moncton and Saint John.

3. Tonight’s game marks the first home game for several newly acquired Titan players. Mark Rumsey, Jeremie Jacob, and Cole Stewart will all make their K.C. Irving Centre debuts when the step on the ice this evening. Rumsey has four points in three games with the Titan since being acquired January 2nd while Jacob and Stewart were both held pointless in their first game with the team on Wednesday.

4. Among several other announcements this week, Yan Aucoin was named the 33rd captain in team history replacing Shawn Element. The 20-year-old will fittingly play his first home game with the “C” tonight against his former team.