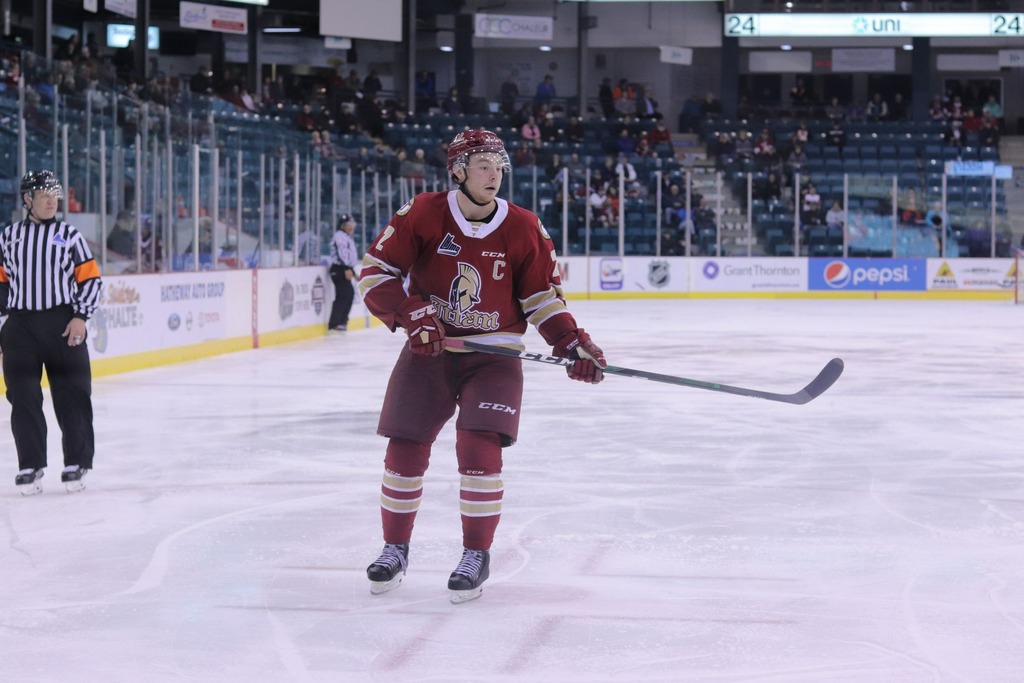 Aucoin, 20, joined the Titan during the off-season in a trade with the Baie-Comeau Drakkar where he had spent the first four years of his QMJHL career. In 37 games this season, the product of L’Étang-du-Nord, Quebec has 19 points, just three behind his career-high of 22 which he achieved last season in 67 games. Aucoin was originally selected by the Drakkar in the second round of the 2015 draft.

Chisholm is in his third season with the Titan after being taken in the second round, 35th overall, in 2017. The Antigonish, Nova Scotia native was part of the championship team in his rookie season and is the past remaining member of that roster. Chisholm has 16 points in 38 games this season.

A six-foot-two, 175-pound defenceman from Mermaid, PEI, Larkin is in his first full season in the QMJHL after joining the Titan midway through the 2018-19 season and has six points in 38 games. The 17-year-old was acquired from the Halifax Mooseheads as part of the Samuel Asselin deal. He was originally drafted in the second round, 34th overall, in 2018.