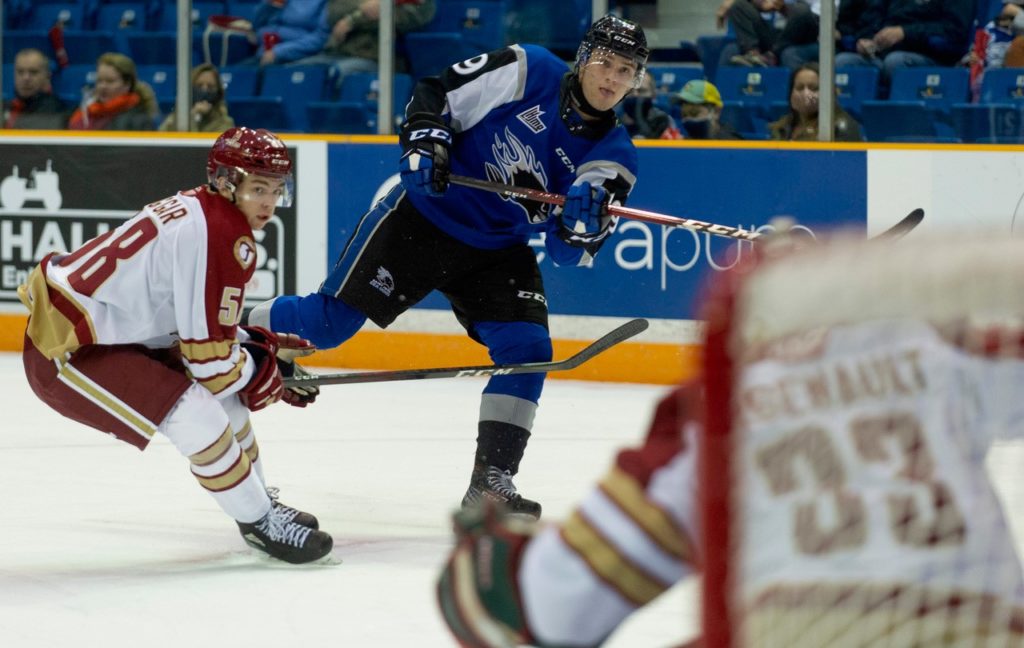 SAINT JOHN – The Acadie-Bathurst Titan and the Saint John Sea Dogs faced off Friday night for the second time in the last seven days. The previous meeting came on opening night when the Titan defeated the Sea Dogs 4-3 in overtime.

Acadie-Bathurst got on the board first in this one when Riley Kidney got past two defenders and sent a cross-ice pass to Bennett MacArthur who one-timed his second of the season past Noah Patenaude. Adam McCormick also picked up an assist on the play and the Titan had a 1-0 advantage.

It was back-and-forth for the rest of the opening 20 minutes before the Sea Dogs picked up the pressure in the second period. Saint John outshot the Titan 17-12 in the frame but weren’t able to get one past Chad Arsenault. However, 1:38 into the third period Joshua Roy scored on the powerplay to tie the game at one goal apiece. The game remained 1-1 through to the end of the period as both goaltenders stood their ground.

In overtime both teams had their opportunities to score, including a point blank chance for Saint John but William Villeneuve could not beat a sprawling Arsenault. After five minutes of overtime and no winner decided, we headed to a shootout. Roy scored the only goal and Patenaude stopped all three Titan shooters to lift the Sea Dogs to victory 2-1. Titan goaltender Arsenault finished with 49 saves and was named second star of the game.