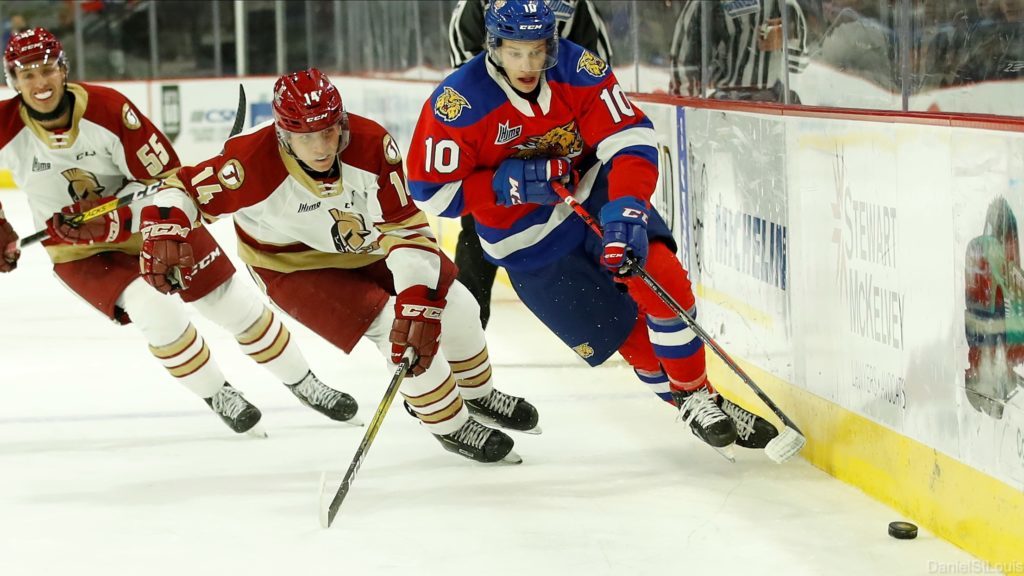 MONCTON – The Acadie-Bathurst Titan finished the first weekend of the 2020-21 with a 2-0 record as they defeated the Moncton Wildcats 2-0 at the Avenir Centre on Sunday afternoon.

No goals were scored in the opening 40 minutes of play as both goaltenders made key saves. Rookie goaltender Chad Arsenault had 23 saves through two periods while Dakota Lund-Cornish stopped 21 at the other end. The Titan got on the board 41 seconds into the third period when Bennett MacArthur got the puck in the slot and fired a backhand shot past Lund-Cornish for his first of the campaign. Cole Larkin and Riley Kidney picked up the assists on what would turn out to be the game-winner.

The Wildcats opted to pull their goaltender in favor of the extra attacker late in the game and Mathieu Desgagnes sealed the victory for the Titan with the empty net goal at 19:02, his third tally of the season. Arsenault finished with 34 saves for his first career shutout and was named the first star of the game.