Another three-game week for the Titan 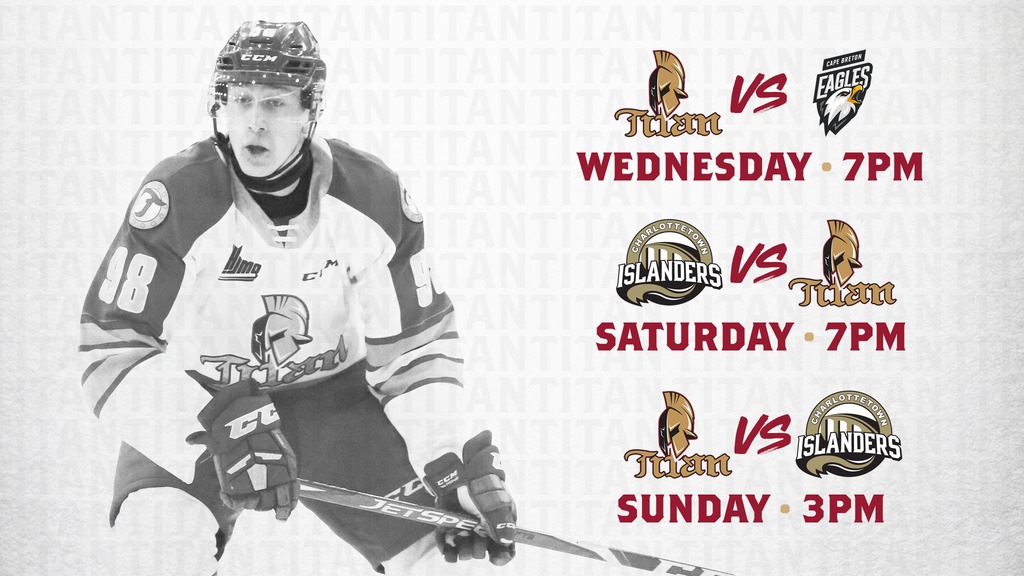 One victory in three games over the last weekend! Two points is what the Titan collected in the standings.

Things went differently for the rest of the weekend. The Titan lost twice, 6-2 against the Wildcats in Moncton on Sunday and 5-4 against the Sea Dogs in Saint John on Monday.

Mario Durocher’s group now holds a record of 10 wins, 38 losses and 7 losses in overtime (27 points in 55 games) good for the 18th and last place in the QMJHL.

It’s a big test that awaits Mario Durocher’s team this Wednesday. Having won five of the six games between the two teams this season, the Eagles have themselves in the upper tier of the league. Will the Titan play spoiler on the road?

The Titan have had their struggles against the Islandwrs in recent seasons. Acadie-Bathurst still managed to get three points in six games for the Islanders this season. A divisional match-up that promises to be entertaining this Saturday at home.

A second game in two evenings between these two teams. Who will come out on top in the eighth duel of the season Sunday in Charlottetown?